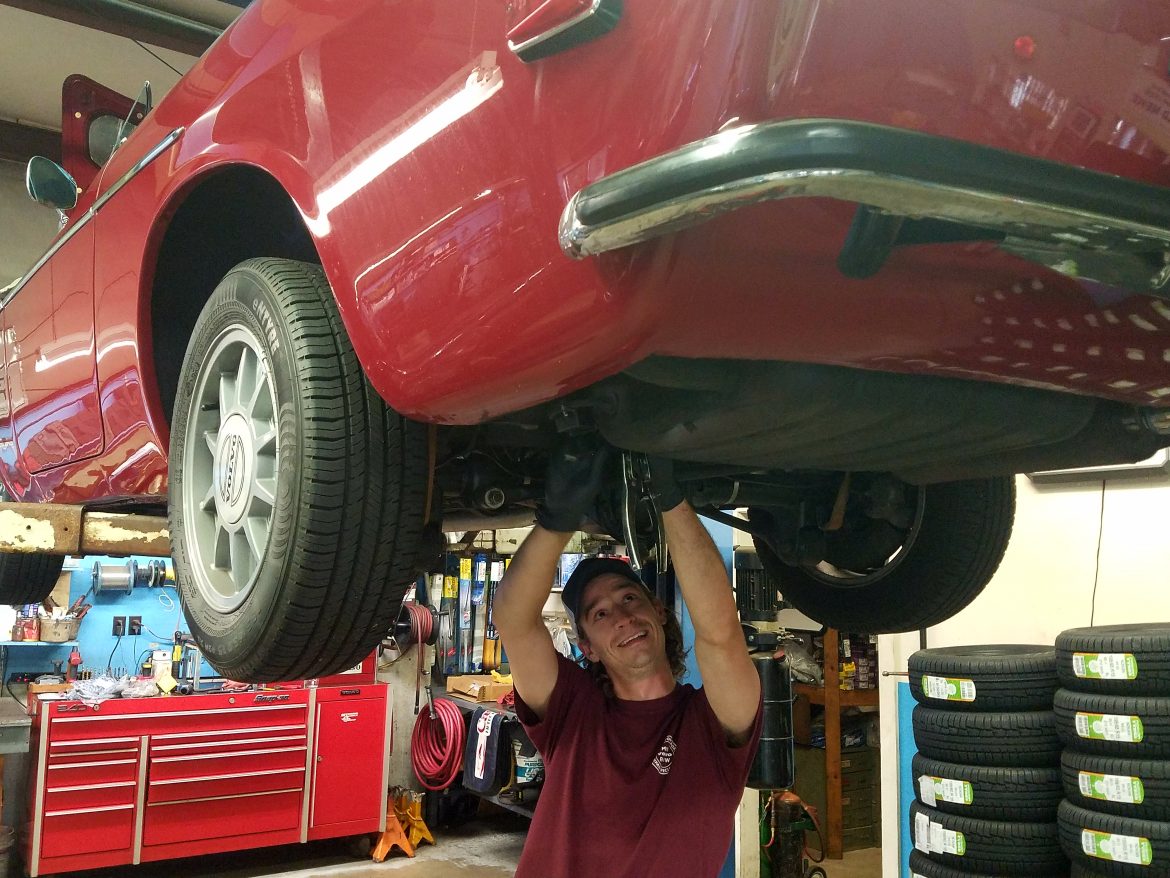 Seeing the car, the person, and the big picture

Don Roy knows a thing or two about Volvos and customer service. As the owner of Roy’s Motorsports in Sanford, he has serviced and repaired thousands of cars for more than 24 years. But his experienced mechanics, their array of tools and equipment, and their repair skills are not what sets Don and his business apart. It’s his compassion for his customers.

Don takes every customer relationship to heart, which is why he has such a loyal following. He takes great pride in how his mechanics are able to show customers exactly what type of repair work is needed and why it is needed.

He believes in offering his customers as much transparency as possible when he agrees to work on their cars. “I work with my hands wide open,” he says. He also puts a premium on working with the best car parts, and he takes his relationship with his customers seriously. “You’re my boss, and I don’t like to get fired.”

As he has gained more and more loyal customers, the word about his expertise and customer care has spread throughout the Sanford area and the Kennebunks. Don took his personal mantra of “treating people the way I would like to be treated” and made it the cornerstone of his business.

His faith guides him. “I get up every morning. I meditate and I pray for myself and others, as a French Catholic.” If anything, Don said, “I don’t really think I do enough.”

As he pats his three-year-old Yorkie, Kobe, on his lap behind the counter, Don, 64, freely admits that he has allowed his share of long-time customers (and some people he has never met before) to space out their payments for their car repairs, via the honor system.

On the occasions when he has allowed customers in need to use a payment plan, it has usually worked out well. He did, sadly, recall that sometimes people take advantage. He had to place a boot on one vehicle to prevent the customer from driving it away, when that person failed to pay the repair bill. Usually, Don doesn’t have to go to such extremes.  When asked why he would continue to go with this policy, Don replies that he doesn’t believe in refusing people in need. “I don’t know why, but I can’t do it.”

Don has also been on the receiving end of help whenever he has needed it. He firmly believes in the saying, “What goes around, comes around.” He recalled how he once developed a staph infection following a surgical procedure and how it prevented him from working for several months. The goodwill he had extended to people in the community was returned to him, when many people stepped up to bring him meals and run his business so he wouldn’t go under.

He values those relationships as much as he does his red 1970 P 1800 E Volvo that was up on the lift getting some TLC. He recalled that he purchased that car in 1982, and 360,000 miles and 35 years later, the sportscar still runs like a champ.

In 2010, Roy’s Motorsports expanded their business by providing full service on BMWs and Mini-Coopers. Eventually, the road leading to his business, located across from Sanford Seacoast Regional Airport and Route 99, was named Roy Drive.

Don’s business is clearly his passion. His love affair with Volvos in particular began when he was in Sanford High School, when he bought a 122 Volvo S model. “When everybody was into muscle cars, I was into Volvos. I have always loved them.”

Besides the Volvo’s style and performance, Don said he has always valued the Volvo’s safety record. The importance of safety came into focus when Don was involved in a head-on crash in 1974, just as he began attending the East Coast Aero Technical College. He was driving a van loaded with equipment for a job he was doing, and the accident put him out of commission for one-and-a-half years.

Don’s overall curiosity about the Volvo’s engineering continued even after he worked at the Portsmouth Naval Shipyard in Kittery for 16 years. “I started in a one-bay garage in my residence. At the time I was moonlighting,” he recalled.

After he was laid off in 1994 as part of the Navy’s reduction in force, Don decided to take his passion for Volvos to the next level. “I had been doing automotive repairs for 13 or 14 years in my personal garage when I got laid off,” Don said. “I took my federal retirement, and I bought the property here.”

Now, Don and his team keep steady to their goal: better service and repairs of their customers’ Volvos, BMWs, and Mini-Coopers, with always an appreciation for the customer as a person. One day, Don, whenever he retires, would like to see a new owner carry on the business he started.

That day may not be too far off in the future. Don said his business is up for sale.