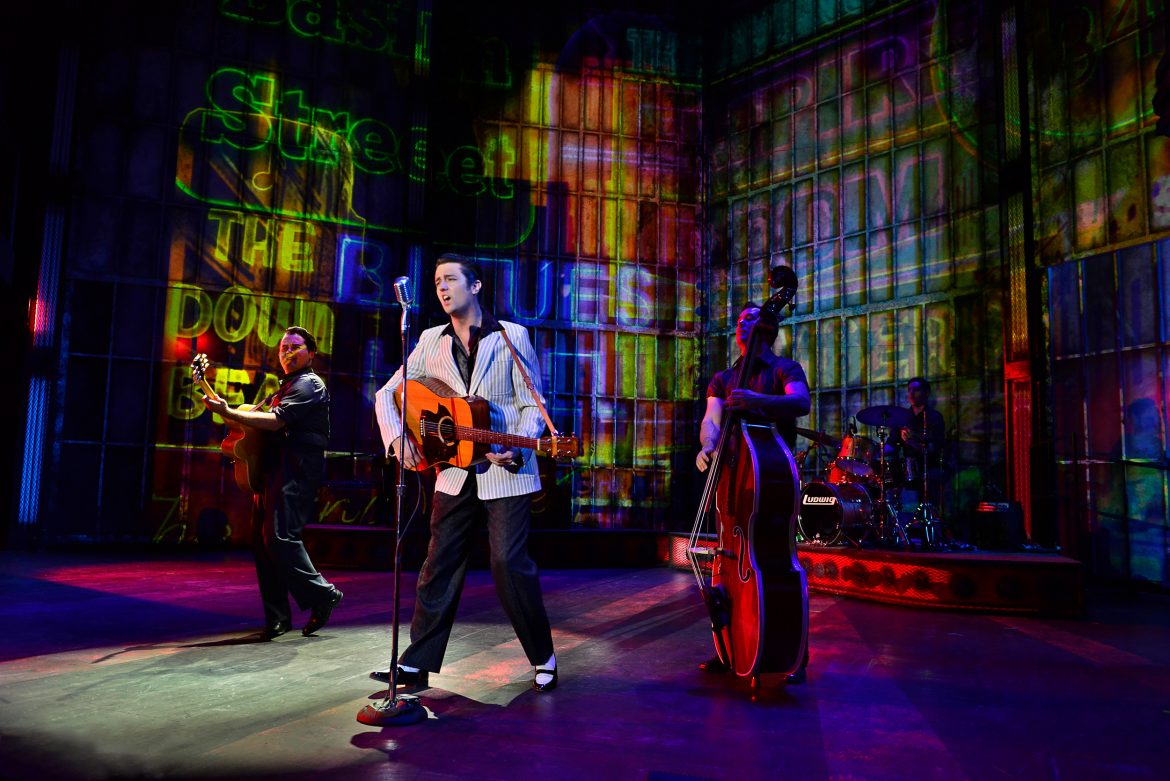 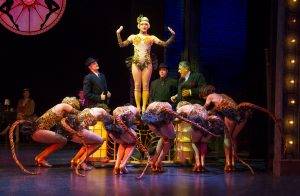 On June 16, the Ogunquit Playhouse will welcome theatergoers for the first time since the fall of 2019. That is when the curtain rises for the opening night of Spamalot, the first musical of the 2021 summer season. And Bradford Kenney, the playhouse’s executive artistic director, couldn’t be more thrilled.

The Playhouse has long been a summer Mecca for seniors and other theater fans, from Maine and all over New England. Being able to provide people with safe and enjoyable musicals at the Ogunquit Playhouse again is very gratifying, Brad said. Knowing how isolated people have been, he is glad that they at the Playhouse can “do something for the community.”

When Brad contacted cast members to let them know the show will go on, the actors were ecstatic. “I’m double-vaxed and ready to go!” said Charles Shaughnessy from his Los Angeles home. Shaughnessy plays King Arthur in Spamalot, which is based on Monty Python’s The Holy Grail.

Playhouse patrons attending the performance will not go inside the 89-year-old venue. Instead, they will be seated inside an open 25,000 square-foot tent pavilion. It can accommodate up to 450 socially distanced tables, all with great views of the stage.

“For us, safety is super, super important,” Brad stressed.

This beautiful performance space, named the Carol and Noel Leary Pavilion, was built through a generous donation of patrons Dr. Carol and Noel Leary. “They have always had a home here in Ogunquit, and Noel sits on the Playhouse board. They are both involved in the community,” Brad said with appreciation. 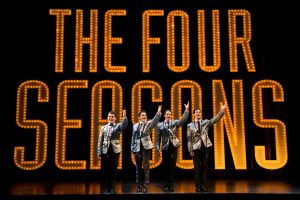 This season, the Playhouse anticipates beverages will be served at three to five stations outside of the pavilion, so people do not have to congregate in close proximity to get refreshments.  Restroom facilities are also well spaced, so as not to create crowded conditions. And the 90-minute show Spamalot will be performed without an intermission. The idea is, again, to limit occasions people might end up wedged or packed together too closely. “We are prepared to do the whole season without intermissions if we need to,” Brad said.

The Playhouse has also hired a testing company to make sure that staff members are healthy; the staff will be screened for health every single day before entering the campus.  A registered nurse will be on site as a Covid compliance officer.

Brad said the Playhouse staff felt confident that they could find a way to resume their summer season in 2021, based on their experiences the previous year. In 2020, they did a cabaret series, and some of their well-known stars did individual shows for up to 50 people. “It was a good dress rehearsal for us,” Brad added. This year, they are bringing back the cabaret occasions on the patio, with umbrella tables. 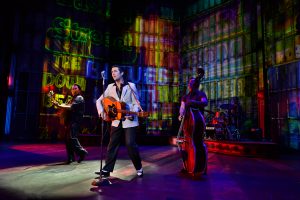 In addition to Spamalot, the Ogunquit Playhouse is offering three other musicals: Escape to Margaritaville, Mystic Pizza, and in October, Young Frankenstein.

“When we get into the fall, people should definitely dress for the weather, just as if they were going on a hayride,” Brad said. “We are hoping that maybe by the fall, the canvas side can close up.”

The board of directors decided in March 2021 that the Ogunquit Playhouse would be open this year for the summer season. Brad understands that their venue is one of the few in Maine that made this decision early on. In this regard, the Playhouse was helped by its establishment and independence. “We’re blessed that we have our facility and grounds. We own it,” he added.

Once this decision was reached, Brad and his staff moved quickly to make the season happen, he said. “We are at it at a thousand miles per hour,” he said. “As theater people, we tend to take projects and break them down into steps,” Brad said.

Brad said the Playhouse is “going to be operating at a loss” because the main theater building typically can seat up to 700 people, which is less than the pavilion’s 450-seat capacity. The organization is a 501c3 not-for-profit organization. He said most of the opening nights have sold out, but the season has not sold out.

“People should not delay. They have to buy tickets in pods of two seats right next to each other, and people can buy multiple pods,” Brad said. 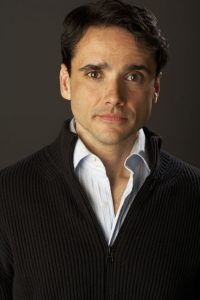 Brad has served as the Playhouse’s executive artistic director since 2005. Under his leadership, the renowned, historic venue at 10 Main St, Route One, has tripled its audience. In 2019, Brad said the Playhouse saw revenues of more than $12 million. Jason Alexander, a.k.a. George Costanza of Seinfeld fame, was scheduled to put on a musical in 2020. As Brad expressed, the Playhouse was poised for great success in 2020, before the pandemic hit. “It was set to be a really big year for us.”

In March 2020, when the threat of COVID-19 was increasing, Brad recalled that he was attending auditions in New York City. The auditions had been moved to an all-virtual format on March 12. When Brad realized everything was going to be shut down, the auditions for that summer season’s shows ended, and the Playhouse staff headed back to Maine.

“We have never stopped since the black outs in World War II,” Brad noted.  “By April 1 we were calling the whole season.”

Like many businesses, the Playhouse obtained a federal Paycheck Protection Program loan and were able to retain the majority of their staff. They lost $8 million in ticket sales from 2020, which was an enormous blow. Their focus changed, as it did for so many. “It was really about making sure the staff was safe and letting them work from home,” Brad said.

Brad explained that as many as 200 people come up from New York each summer to do set design and to prepare the shows. The Playhouse also houses, in the Ogunquit community, the cast members and other theater professionals.  When these people could not go to Ogunquit in 2020, Brad said “it is a terrible blow. Some of them had not worked since 2019 and were living on unemployment.”

The Playhouse is one of the largest corporations in southern Maine, and many businesses, such as restaurants and hotels, were hurt very badly, Brad explained. Brad said it also takes hundreds of people working as volunteers to make the playhouse function smoothly. Now, he said thankfully, “We’re seeing a real return of those folks as well.”

It’s been a long road to achieve this level of normalcy for the Qqunquit Playhouse. Playhouse officials have had regular dialogue with the Maine Centers for Disease Control and Governor Janet Mills’ office to formulate the right game plan. “We’ve learned a lot in the past year,” Brad said.

Thanks to the collective efforts of the Playhouse staff, volunteers, community members who treasure this cultural institution, and the genuine love that the scores of actors and actresses have for this treasured venue, the Ogunquit Playhouse’s painted marquee on Route One says it all: “The show will go on!”

For more information about the Ogunquit Playhouse and how to purchase tickets for upcoming shows, please visit ogunquitplayhouse.org.