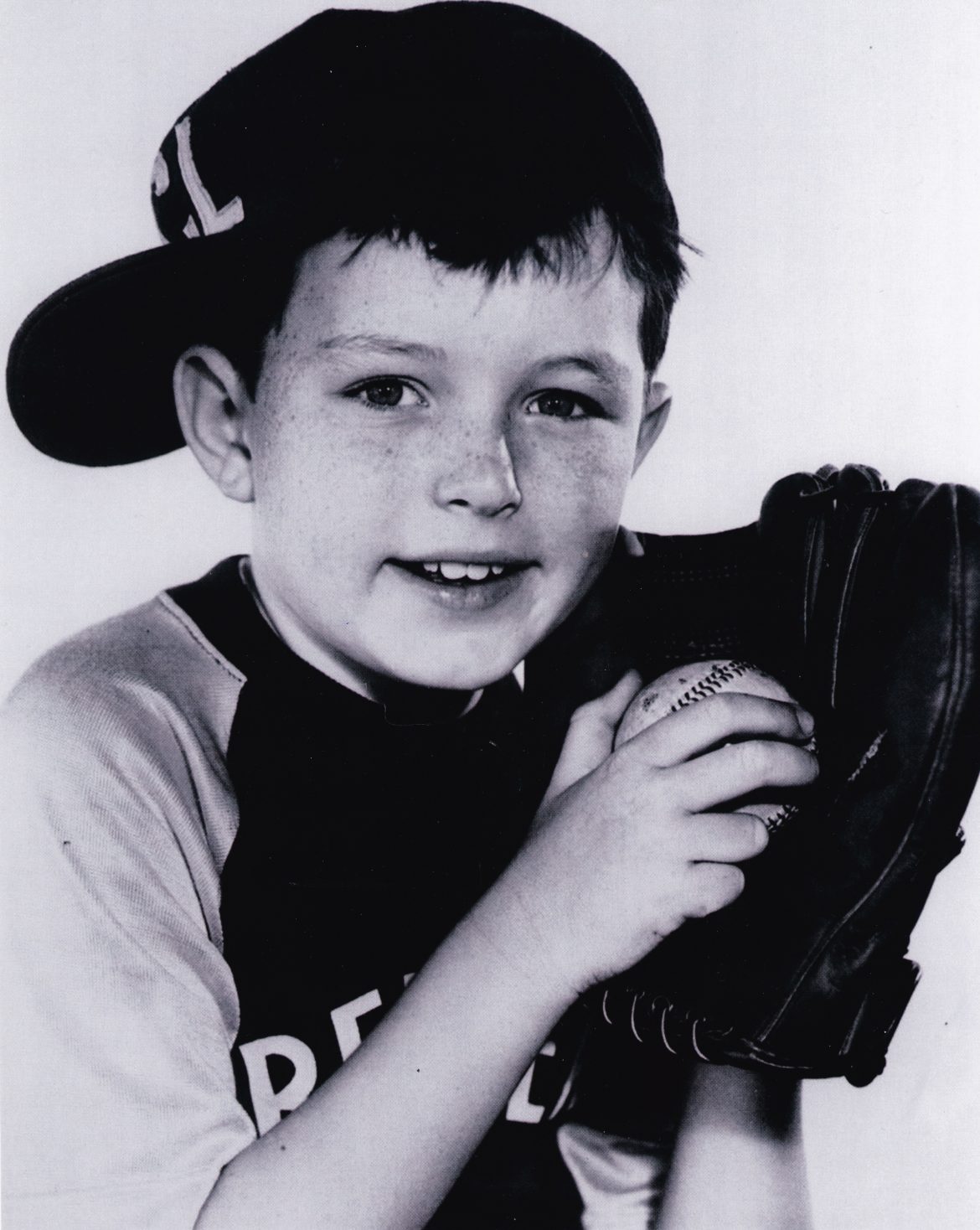 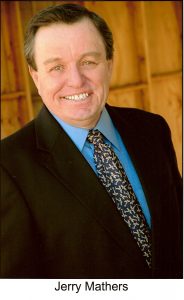 What a personal joy it was to interview Jerry Mathers, who played Theodore “Beaver” Cleaver in the hit series, Leave it to Beaver.  And It was an added bonus to get to speak to his lovely wife Teresa Modnick Mathers.

Jerry is such an icon. He has spent his entire life entertaining us all. From 1957 to 1963 he was a standard on American television, as so many of us sat and were entertained each week by this very talented young man. And still today, Leave It to Beaver can be seen all over the world.

Jerry was named the most recognized television star by People Magazine.

Jerry, who personally suffers with diabetes, has given back. In 2010, he was the national spokesperson for PhRMA and their Partnership for Prescription Assistance program. This organization helps uninsured and financially struggling patients obtain prescription medicines for free or nearly free.

So many accomplishments in his life.  Yes, we all love the Beav!

I read that your mom celebrated her 94th birthday last week. How is she doing?

She’s just a wonderful woman, and she’s very, very busy. She’s president of the Motion Picture Mothers, which is for all the child actors’ mothers who are, like me, older, and also the ones who are on TV now.  She’s in many charitable organizations and doing many things for the community. So, she’s a very active person for her age.

Now, how did you get started in modeling and show business? 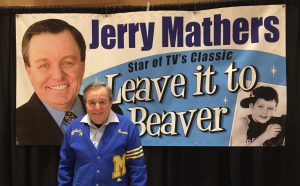 Well, I was born in Sioux City, Iowa, where my father grew up. He finished college in Iowa. That’s where he met my mom, and they got married. Then we moved to California, where he got his master’s degree. I’m the oldest child, and I have a sister, Susie, and a brother, Jim. We grew up in the San Fernando Valley, in California.

So, my mom just happened to be walking through a department store, shopping for bargains. I was there along with her. She kind of took her eye off me for a second, and I wandered off just a little bit. She could still see me, though. And a lady came over to her and said, “Is this your son?” My mother went, “Oh, did he break something? Did he touch something? I’ll pay for it.”

The lady said, “No, but I’ve noticed you’ve been trying our outfits on him, and they seem to fit him real good. I’m head of publicity for this particular department store, and we’re having a fashion show tomorrow. I was wondering if he could model the two-year-old clothes.”

My mom thought, “Oh, this is a big city. What could this be? There’s a catch.” But the lady convinced her, no catch, and that doing this show wouldn’t be very hard, so Mom said all right, “He could do that.”

How were you able to handle being in these adult situations, at that early age? 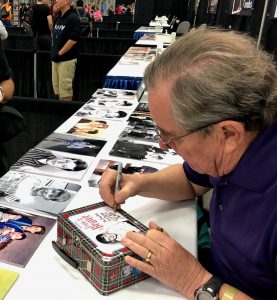 I don’t really remember, to be honest with you. I mean, it was just chill. I would go places, and my mom would take me. I started modeling where you just hold a very nice lady’s hand and walk out in an outfit. And the lady would say, “Now, Jerry, turn around.” And I would turn a couple times and smile. And then we’d wave and walk back off. Change, and maybe a half hour later, walk out with another lady and do the same thing. It was all very, very easy.

What people don’t realize is, TV was pretty new back then. Live TV was just starting. And live TV pretty much started in New York where they could get New York stage actors who were children. Los Angeles didn’t really have a very big backlog of child actors on the stage because there weren’t that many [venues].  Yes, there were theaters here that did live performances, but very few.

So, when they [L.A. scouts] looked around, they looked to models.  The models had been working on a stage, in front of an audience. And that’s when I really started working, getting jobs. Most of the things I did, like the Ed Wynn Show and the Red Skelton Show, were all live TV with an audience. And once you did one show right, they couldn’t take a chance on another child messing up. Everybody wanted you then because they would say, “He’s a real child; he’s a real two-, three-, four-, five-year-old, and he doesn’t talk when the actors are talking, only when he says his lines.” So, I worked all the time.

How did Leave It to Beaver come about, some years later?

Well, the interview was a mass cattle call. They had about 5,000 kids in, but not just for the Beaver. You’ve got to realize, they were looking for Beaver, Wally, Eddie, Lumpy, and other characters. They were also looking to fill the roles in Chicago and New York, as well as in California.

So, the first time we got there, my mom kind of went, “What kind of an interview is it?” My agent had just called up and said, “I think Jerry would be good for this part. . . Just go on the interview, and it will be an hour of your time. There’s always a chance, but don’t buy a new house because you think he’s going to get the job.”

We get there, and there are kids aged all the way from probably, I bet, six, seven, and eight, which is what the Beaver was supposed to be, all the way up to people who were teenagers, and then, other people that thought they looked like teenagers, who were probably in their twenties or thirties.

Throughout this huge cattle call, they just kept eliminating people. Each time, they’d call us back. My mom didn’t really know if she wanted me to do a series, but she kept going, “Well, I don’t know. I guess we should go back” because by that point, we’ve been there for four or five days. And each time, it would get a lot smaller. It got down to the last 10 or 15 people.

I finally got a call, and they said, “Now, he’ll come in, and we’re going to shoot a pilot.” The pilot took a week. And it was about three months later, I was doing Leave It to Beaver, and I was the Beaver.

Unbelievable. Was it difficult, to be so well-behaved and learn all the lines? You were just a child.

That never became a problem because I’d been doing it on live TV since an early age. In fact, filming this scripted show was a whole lot easier because on live TV, I couldn’t make a mistake. (Sometimes, I’ll admit, I did. But then everybody else had to jump in.)

Did you find making friends was difficult because you were so recognized as a young child?

Not really. To be honest with you, when I was doing Leave it to Beaver, I wasn’t home much. For those six years, I was at the studio from 8 or 9 in the morning until 5 or 6 at night. By the time I got home, everybody was eating dinner. But during the summers, I was just like a regular kid on summer vacation. The producers were very smart. They thought that Tony [Dow, who played Wally Cleaver, the Beaver’s older brother] and I would really need a break, whereas on some of the other shows, the kids would be on their break, but they’d have to go to summer school for one to three months, and then go back on to working on the set. 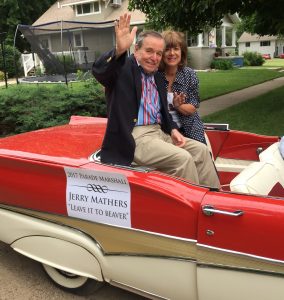 Did you go to regular school while you were on Leave it to Beaver, or did you have private schooling?

I had a private tutor, but the thing was, my dad was a superintendent of LA City Schools, so he could pick some of the best teachers, not only for me, but also for Tony. Tony had his own teacher because he was in high school, and it was too hard for one teacher to have me in elementary school, him in high school. We got some of the best teachers, who got extra pay for being studio teachers. So, it was a very good education.  I went on to graduate later from Notre Dame High School in Sherman Oaks, and from college, UC Berkeley.

After Leave it to Beaver, you did movies, dinner theater, and Broadway as well, is that correct?

Right. I wanted to basically ring all those bells. I had done a lot of dinner theater in high school and college, and I continued with it. Tony came along with me on some of those productions. We did one, So Long, Stanley, that we toured for about 18 months, all over the country to standing-room-only business.

Then Universal Studios said, “Well, what if we made The New Leave it to Beaver?” I did that for the next five years. Barbara Billingsley [who played the Beaver’s mother, June Cleaver] was in it. The guy who played Eddie Haskell, Ken Osmond came back, and a lot of different people that we’d had in the original show. I was the father then. I took the Ward role [Hugh Beaumont played Ward Cleaver, the Beaver’s father, in the original series], and I had two boys of my own in the show, about Wally’s and the Beaver’s ages. It was a lot of fun.

In real life, is it true that your sister introduced you to your wife? I’d like to say hi to your wife Teresa, if possible.

Yes. One of my sister’s friends had 35 years of production experience behind the camera and really knew the business. Our sisters were friends, and they were both trying to get us together. You want to say hi to her? She’s right here.

Hi!  Yes, our sisters thought that we would be a good fit. And we certainly are a good match. We’ve been married 10 years right now. We connected instantly, and we just have a really wonderful life. We have five grandchildren now under the age of five—aged one, two, three, four, and five—with Jerry’s two daughters. We’re really blessed.

Wonderful! And I understand that you, Teresa, with your industry background and skills, help see what experiences will be a good fit, and help so arrangements and media go smoothly, is that right?

Yes! Which she deserves accolades for!

Thank you! We go to gatherings where we meet fans and to red-carpet events.  We have such a great time.

When you go to conferences, shows, cruises, or other events, what is it like?

It’s a wonderful feeling to have people who are such great fans, from a show that started in 1957. On a cruise or at an autograph show, fans come up to you, and they’re happy to meet you. People say, “my grandmother and my grandfather started me watching the show in reruns. And they said they watched it when it was on first run, and now my kids are now watching it, on MeTV.” So, it’s multi-generational. It’s a show that appeals to everybody.

It’s something that has been with me my whole life, and it’s really great to have people remember it.

If you’re traveling this summer, please stop at one Jerry’s appearances: