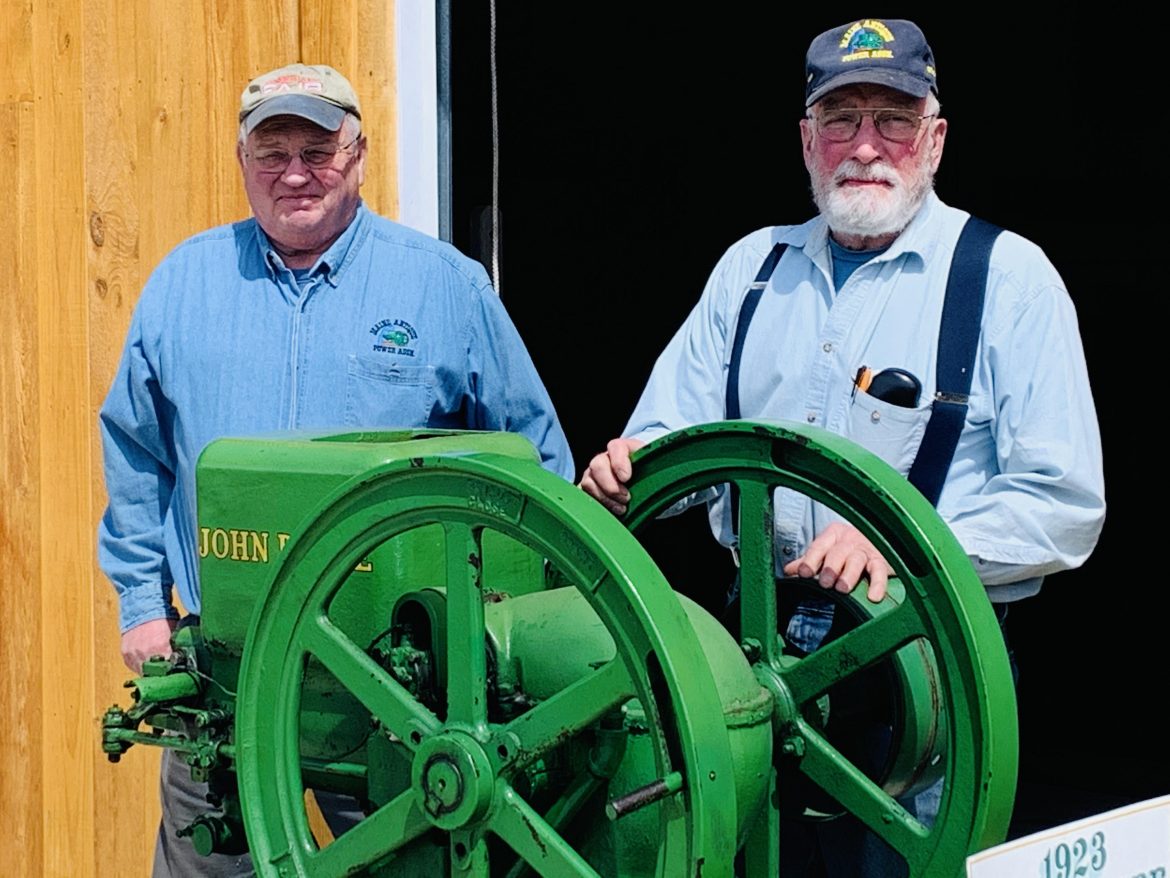 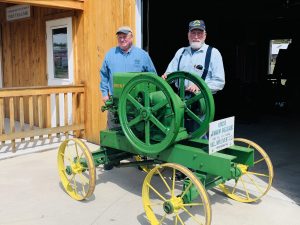 It was a beautiful spring morning when Doug Kimball and Gary Willison opened up the Maine Antique Power Association clubhouse at the Cumberland County Fairgrounds. Their century-old John Deere machines and other work horses from a bygone era are carefully preserved.

During the COVID-19 pandemic, the group has lacked the usual steady stream of curious visitors who want to learn about Maine’s past. In 2021, Doug and Gary hope to change that, as Maine gets back to normal.

Gary lives in Standish and serves as the club’s vice president. He said they would like to see more new members as well as new visitors, as soon as pandemic restrictions are lifted.

“We miss the people and the kids running our engines,” Gary said.

Doug, a Kennebunk resident who serves as the club’s president, said there are hopeful signs on the horizon. Cumberland County Fair and Skowhegan Fair officials want to reopen their annual fall events.  The Skowhegan State Fair is a seven-day event is held in August.  The Cumberland event is a 10-day event held in late September–early October. Doug said the club has a building at each fair, and they will see great crowds of folks during each fair. 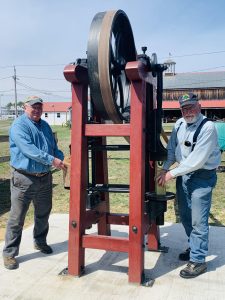 Thanks to the club’s 200 members, the public can view and learn about the machines that once powered Maine’s farms and textile industries. Doug and Gary believe that these machines hold valuable lessons. Most notably, people clearly owe much of today’s technology—and the modern-day engines that power trains, planes, and automobiles—to the hundred-year-old innovations of their forefathers.

Some of the antique machines at the Cumberland County Fair clubhouse include a 1923 John Deere one cylinder, 6HP engine, a Waterloo Boy, and a Sandwich machine from 1925 that was manufactured in Illinois. While many of the manufacturing companies have long since disappeared, Mainers instantly recognize the historic John Deere machines and their distinctive green color and durable craftsmanship.

Gary and Doug said most of their machines have been donated by Maine residents from across the state. They share the same goal. “We don’t want to see these machines end up in junk yards or salvage yards,” Gary said.

In addition to the county fairs, Doug and Gary said they will do demonstrations for school kids. The goal is for children to learn how machines evolved, from those powered by animals to those that require cranking, like the authentic corn sheller and husker that the group shows. When the kids see the other machines from the 1900s that are powered with gasoline, coal, or kerosene and belt drives, they can see, touch, and feel the evolution in front of them. 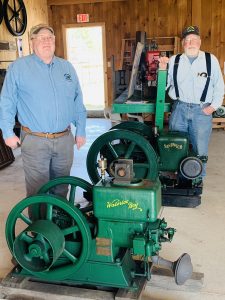 One such machine that Gary and Doug like to demonstrate is the Hildreth wood splitter that was originally made in Harvard, Massachusetts, before 1907. Two workers would man each log splitter on either side of the large, vertical machine, and a third man would oversee the smaller machine powered by gas. The gas engine powers a flat belt drive to run the two-sided log splitter.

Gary said a three-man crew could split 10 cords of wood a day. Doug said they will split two cords of wood at the Skowhegan and Cumberland County fairs and sell it as a fundraiser.

They also have a Stirling hot air engine from 1900 that uses coal and wood for its furnace to generate power. Gary and Doug say the club’s members are generally people who care about preserving this part of Maine’s culture and serve as stewards.

The Maine Antique Power Association has existed since 1973. Despite the challenges posed by the pandemic, it is going as strong as the machines they endeavor to preserve. They charge $20 for single memberships and $30 for family memberships. Doug said they do have their share of women club members as well. 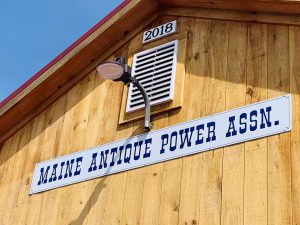 The club is also a registered 501-C3 non-profit that relies on fundraising to keep going. The donations help the club maintain their machines and also pay for things like clubhouse maintenance and liability insurance.

Doug said the club also provides two scholarships for Maine kids to encourage them to pursue a career path in mechanical engineering.