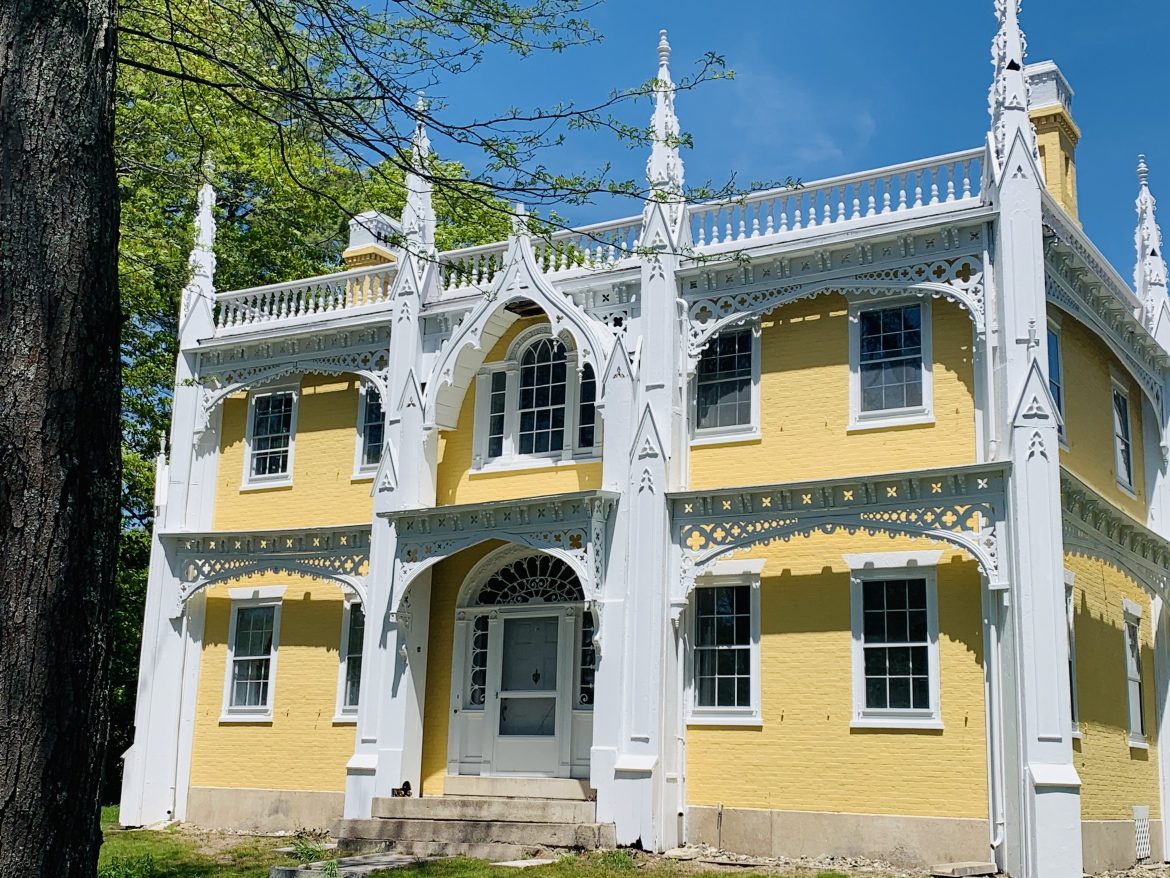 The Wedding Cake House in Kennebunk is one of the most photographed and cherished landmarks in New England. But many feared its best days were long gone, after it fell into disrepair. Without timely intervention, this Maine treasure could be lost to history. 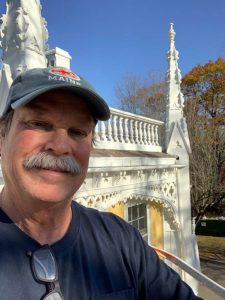 Then just when it seemed serious deterioration would be the Wedding Cake House’s fate, along came Hunt Edwards, nephew of the late James Hunt Barker, the home’s former owner. Using his experience as a builder in Florida, Hunt has undertaken a massive effort to restore this grand old dame to its former brilliance.

Hunt, 66, is now the owner of the iconic Kennebunk mansion and serves as general manager. His wife, Katie, serves as the assistant GM, and she is overseeing all of the interior remodeling and renovations. Together, they want to complete this project by 2025, which is the home’s bicentennial.

“I started with the bones of the house, the roof, and the foundation,” Hunt explained. He began his work in 2018 after his Uncle Jim bought out his half partner in the house, Ken Douglass. Hunt acknowledges it has been a long and difficult process.

Hunt said that he and the team of excellent contractors he has hired have replaced a lot of the foundation walls on the east side of the barn. “It was leaning real bad, from years from freezing and resting,” he said.

“We dove into that last fall and last winter and got that all done,” Hunt added.

All the while, the cost of such a project is also a factor. “I’m into it for more than a quarter of a million dollars right now,” Hunt said. 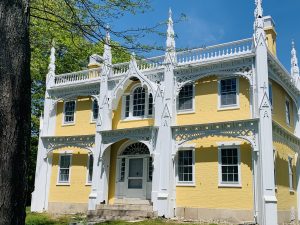 He and his daughter, Meme Edwards, have set up a GoFundMe page on Facebook to help cover some of the costs. The goal is to raise $300,000 for the exterior work. As of this writing, they have raised only $175. Meme also created the Wedding Cake House web site, which gives visitors a great deal of information about the house’s history and the current restoration efforts.

The work involves literally taking pieces of the home apart and rebuilding them.

“As we move into the more decorative stuff on the main house, all the trim and the columns, you have to take a lot of it apart.”

Hunt has to determine how much he has to remove and replace or repair what is there. He recently spent $25,000 to replace a furnace, he said.

“The challenging part I love. That makes it interesting,” Hunt said.

He has been all over every piece of trim on that house and studied it. “We’re making some improvements on the design, so they don’t rot as quickly,” Hunt added.

When asked why he has elected to complete such a difficult and expensive project, Hunt replied, “Uncle Jimmy loved that house, and I would like to see his legacy carry on with it.”

James Barker and the home’s previous owners shared a common love for the home that was built in the 1800s. George Washington Bourne, a Kennebunk ship builder, received the federal-style brick home as wedding present in 1825 from his parents. The wedding cake trim that adorns the roof of the house and its towers was added in 1852, after a fire had destroyed the barn and connecting structure. 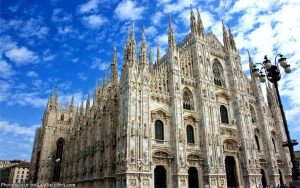 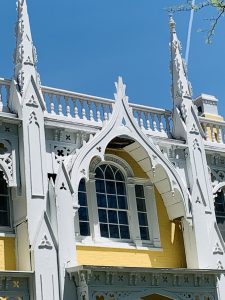 Bourne was inspired by the Cathedral of Milan and decided to have his master carpenters create the same ornate trim around the exterior of the home. He passed away just four months after the work was completed in 1855.

When Mary Burnett bought the Wedding Cake House in 1983, she carried out extensive exterior renovations. She also opened the home to the public so they could appreciate its beauty. She used the carriage house as a studio and art gallery.

James Barker first saw the Wedding Cake House when he was 26, a year after he returned from the Korean War, in 1954. He believed that one day he would own the house. He also believed his ownership was predicated by a psychic who told him he would have a wedding at age 70, which is how old he was when purchased the home from Burnett in 1998.

Part of the allure of the Wedding Cake House lies in some of the haunting and romantic legends that accompany it.

A local businessman used a tale of haunted brides waiting for their true love’s return inside the Wedding Cake House to appeal to summer tourists. He created a series of postcards to celebrate the many grand homes on Summer Street, and he gave the Wedding Cake House is name. It became known as the place “where dreams are made with love.”

Barker opened the house to the public as a fundraiser for the victims of Hurricane Katrina in 2005 and to support local food pantries. Barker saw the Wedding Cake House as a place that gives all who take the time to view it inner peace. 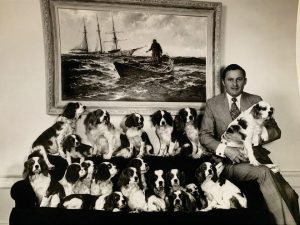 According to his obituary in the Palm Beach Daily News, Barker was born in Lexington, Ky. Besides being a Korean War Army veteran, Barker enjoyed great success as an art gallery owner with galleries in Palm Beach, Fla., New York City and Nantucket.

Barker was a racehorse owner and a dog enthusiast who was proud of his 23 Cavalier King Charles spaniels. He worked in advertising and public relations for a time, with Coca Cola as one of his clients. Barker was even an actor who appeared in the film, Raintree County, starring Elizabeth Taylor and Montgomery Clift.

Hunt has every intention of seeing Uncle Jimmy’s vision realized by restoring the Wedding Cake House and opening it up to the public for a variety of uses.

He and Katie hope their efforts will enjoy greater support, given how important the Wedding Cake House is to Kennebunkport area residents and the thousands of visitors who photograph the exterior from Summer Street every year.

“I would like to see more happening there, like community events, rehearsal dinners, and boutique weddings,” Hunt said.

Hunt said Katie will complete her interior renovations later this summer. He plans to re-construct a large back porch that became separated from the main house. Hunt said the new back porch will be ideal for future functions.

To those who want to see the Wedding Cake House around for another 200 years—after it marks its bicentennial in 2025—his message is simple: “It’s happening.”

To learn more about the restoration and history of the Wedding Cake House and how you can support this project, please visit www.weddingcakehouse.com.