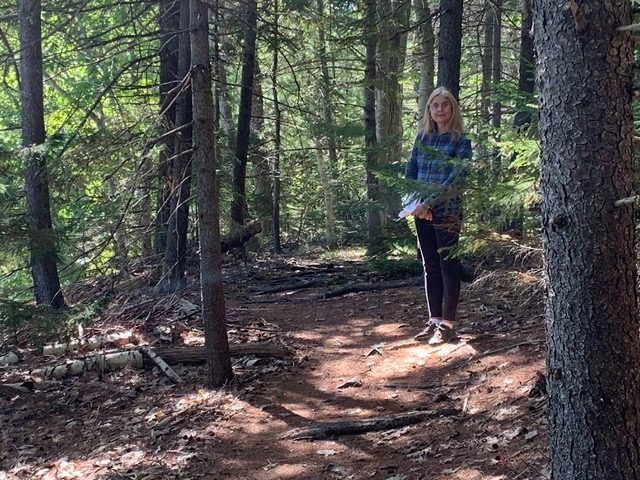 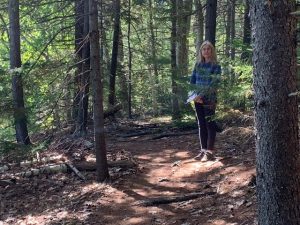 I discovered Damariscotta ten years ago when in search of a Maine vacation. A random click on a vacation website led me there.  After Summer 1, I was hooked.  After Summer 5, they started. . . the conversations about the Piscataqua Bridge.

That’s the bridge that takes you north from New Hampshire over the state line into Maine. I knew it well from summers driving from my home in Bethesda, Maryland, a suburb of Washington, D.C., to MidCoast Maine. The Bridge was the passageway, the symbol of arrival. Beneath its sprawling green cables, the sky expanded and river gleamed. After 11 months of separation, my heart sang. In two more hours, I’d be in my favorite place on earth, Damariscotta, with two weeks of summer vacation stretched before me.

Back to Maryland I would go in August, to the small progressive school where I worked. Five years in, the bridge started to show up in my summer summaries. When my colleagues asked about my vacation, I would say some version of this point:  When I hit the Piscataqua Bridge on the way home, I nearly broke down in tears. Why do I leave? I love it there.

A circle of sympathetic eyes would focus on me. We’d all just made the painful shift from beach bags to school bags.

“Of course, you didn’t want to leave,” my colleague Mary chimed in supportively. She was equally broken-hearted having left her seaside bungalow in the Outer Banks of North Carolina. “You were on vacation. All that time and leisure. It’s so hard to leave behind.”

We all have our happy places and jobs elsewhere was her point.

How many Piscataqua Bridge tears can you shed before you start to listen to what they say? Which is what happened to me after summer number 9. I asked myself: How does one distinguish between vacation-spot infatuation and a new life calling? What’s the tipping point between remaining in your first life and starting your second?

When I listened to the Piscataqua Bridge tears, they told me something important. During those summers in Damariscotta, I felt something I lost hold of during the school year in Maryland—my essential self. There was something utterly basic to my core that I couldn’t nourish in the close-in suburbs of the nation’s capital, where I’d chosen to work and raise my children.

Yes, the Washington, D.C., area is beautiful. Every April, walking through the fairyland of pink at the Jefferson Memorial’s Cherry Blossom Festival, I was reminded of that distinctive beauty. Yes, the Washington, D.C., area offers innumerable cultural resources—the Smithsonian Museums, the Library of Congress, the Kennedy Center—something that, as an educator, I valued enormously. And D.C.’s diversity was incredible, a city that has long been home to people of color, draws young professionals, acts as melting pot for Northerners and Southerners, and is a favored destination for internationals.

Yet even after my children graduated from college and I was left an empty nester, I still was not achieving work/life balance—an ever-receding goal in my life. Part of the reason was economic. Given the area’s high living expenses, every teacher I knew was hanging on tenuously to the lower rung of America’s collapsing middle class, scrambling for tutoring money and summer jobs. Bethesda had become a better fit for its prosperous business professionals. In the past 20 years, real estate values had surged into the millions, bringing change to the city’s downtown. Gradually, it came to look like affluent commercial districts all over the country: a glittering expanse of upscale chain restaurants and stores.

In my search for work/life balance, I knew that weekdays were a lost cause. Students, parents, and faculty meetings consumed daytime hours, and lesson prep and grading were reserved for night. Okay, so weekends—that’s when I would achieve my elusive work/life balance

I was clear on what I wanted, and my list was simple. A library, cozy and welcoming, where I could sit in peace and work on the book I had just started. A neighborhood cafe where I would take breaks surrounded by homey, local charm. And a couple of destinations in the great outdoors for exploration and reflection, beyond the city’s go-to green space, Rock Creek Park.

Of course, Montgomery County has fantastic libraries, but I never had the inclination to become a regular in any of them. The edifices were uniformly modern and antiseptic. I went on a search for the mom-and-pop café, but the options were corporate: Starbucks, Panera, and one local chain, Quartermaine. For the most part, their interiors were as inviting as an airport lounge. The closest nature sanctuary I could find for an early morning kayak was a regional park with a pretty little lake. Mind you, no swimming allowed.

In contrast, Damariscotta had one street, and everything on my wish list. Skidompha Library—named after its founders—welcomed its patrons with New England bric-a-brac perched on its cathedral windows, as well as local art and handsewn quilts hanging from the walls. Next door was Barn Door Café, with its friendly baristas, pleasing décor, and fabulous lattes. It was always a pleasure to sit by the cafe’s bay window, munching on a home-baked apricot scone and observing picturesque Main Street. From there, a 20-minute drive to Pemaquid Point led to primal woods, abundant in fern, or to the jagged coastline, where granite rock meets salty sea.

“One is enough,” wrote Henry David Thoreau, in Walden. “If you are acquainted with the principle, what do you care for a myriad instances and applications?” In Damariscotta, I was learning that one is plenty when you’ve found exactly what you want.

Like my bridge tears, that wish list told me something—I needed to downsize. Not only from the house in the suburbs where I raised my children, but from the suburbs themselves. I valued my years there, especially my friendships, but the setting no longer fit. A corporate culture had wiped out a neighborly sensibility of real people being in charge. Wealth and status lurked as silent visitors in professional and social circles. I couldn’t wrest work/life balance from this environment. My library, cafe, and walks in nature lived elsewhere.

During this time, I crossed paths with a book called The Middle Passage, by James Hollis, a Jungian psychiatrist. The title refers to the stage in life when we face a “midlife appointment with ourselves.”

At midlife, he explains, we emerge from a “first adulthood—an identity woven from genes, gender, parents, schooling, economic conditions, and cultural backgrounds—into a “second adulthood,” an identity birthed from within. Authentic pieces of ourselves peek through the sediment of predetermined expectations and values. “We must turn away from the cacophony of the outer world to hear the inner voice,” says Hollis, and “dare to live its promptings.”

For most of my life, I hadn’t been a great fan of the “inner voice.” It struck me as an invisible, unreliable thing to quit one’s job for. On the other hand, Hollis’s midlife “summons to oneself” was indeed rumbling loudly inside of me.

I, too, had been raised in a suburb like the one where I’d raised my children. Where I was growing up, the path to the future seemed awfully narrow: more gentility than genuineness, more sureties than questions, more prescribed scripts than open-ended journeys. At the cusp of adolescence, I yearned to see beyond the edges of that horizon, discover other possibilities for the adult one could become. At age 14, the inner voice told me, “You don’t belong here.”

Sleep-away camp in western Maine was my first chance to leave home and live away from the suburbs for a whole seven weeks. There, I became a daughter of Mother Nature. Of a crystal-clear lake perfectly at home beneath a ring of gentle hills and sandy coves pleased to be tucked away along its shoreline. Of blueberries poking out of prickly patches, pine paths crisscrossed with tree roots, wildflowers taking over meadows. At dusk, a 14-year-old girl could find sanctuary in a quiet hollow and observe the travelling wind. It rose off the lake, rippling its surface. It combed the grass and brushed her shoulders. It passed, lifting off to eternity.

When I was a child, I asked my grandfather, who survived the Holocaust through cunning and good luck, if there was a God. He told me, “God is a father figure that people create to help them live.” There was nothing in my background, neither family, nor school, nor community, that spoke the language of spirit. It was those days at sleepaway camp that whispered, there’s more. A way to live closer to the natural and wild, the creative and generative, the mysterious and unknown.

I moved to Damariscotta just after my 60th birthday, having decided to trust my inner voice and what it had long been telling me. That a small town, with a comfortable library and cafe, was right for me. That proximity to nature would feed my spirit. Outside and inside would reflect each other. I would belong.