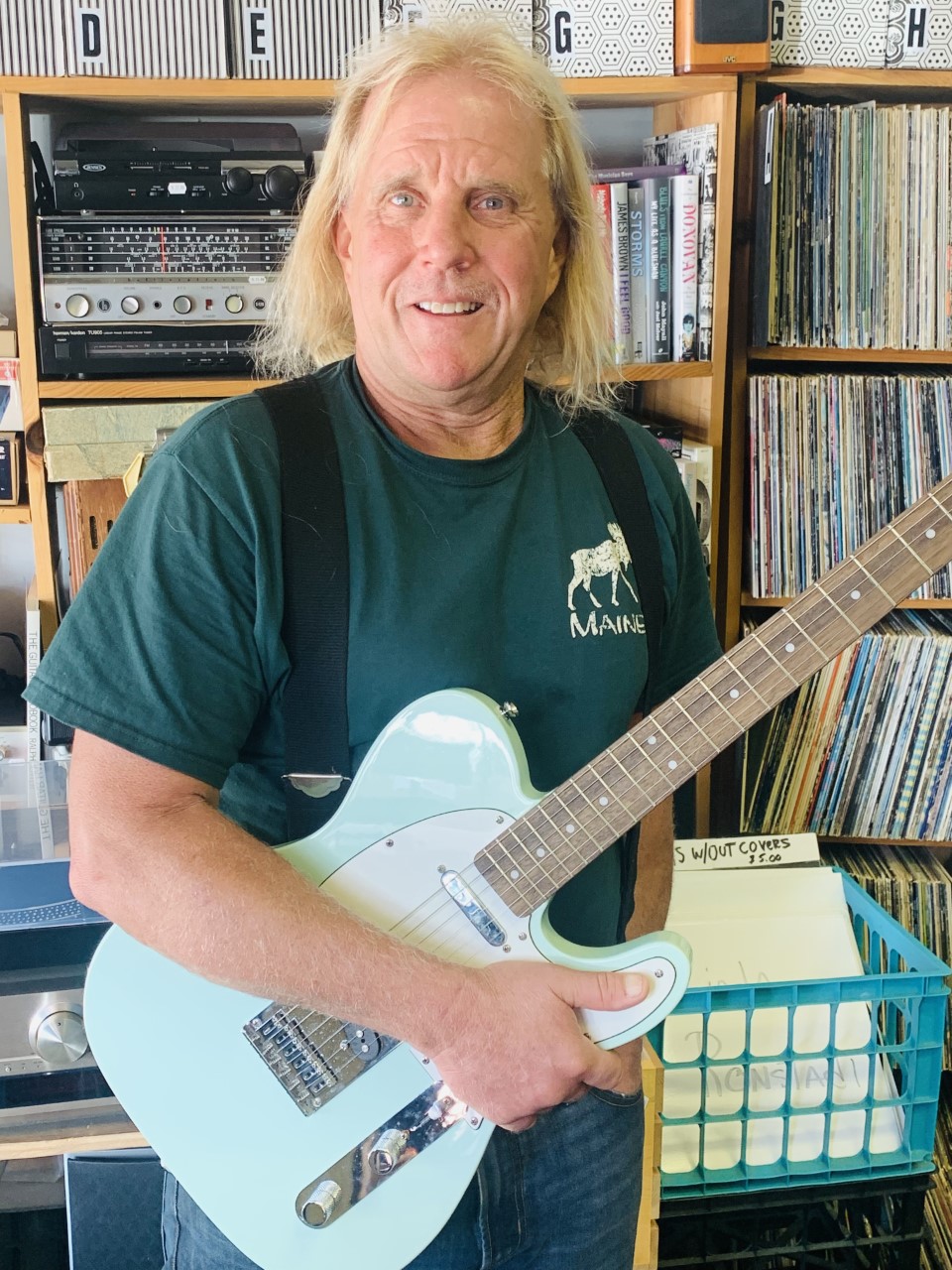 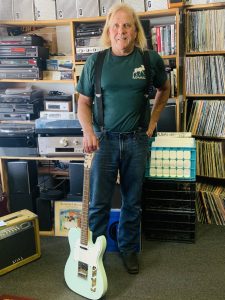 Most people agree the best songwriting comes from direct life experience. For more than 40 years, 54 albums, and 225 songs and counting, Dave Bullard has turned his life on the road into a wonderful tapestry of eclectic music for his Maine audiences.

Dave, 60, of Windham, recently sat down with Maine Seniors Magazine in downtown Brunswick. On a beautiful, sunny morning, Dave talked all things music in front of the Little Dog Café where he often performs, among so many other venues.

This is his goal when he and his band play their gigs, whether they are at private functions or larger venues that hold up to 30,000 people. Dave said he performs everything from rock and country music to Latin flamenco, jazz, reggae, and classical.

Regardless of whether he and his band, which includes Elvis and Johnny Cash impersonators, are performing covers of classic songs or Dave’s original compositions, knowing every note and chord inside and out before you take the stage is very important.

Dave said the last thing he would ever do is use a visual aid on stage to play songs as some artists do. When they commit that cardinal sin, they never really connect with their audience.

Even songs that seem so simple on the surface like the Beatles’ Yesterday, Willie Nelson’s Funny How Time Slips Away, or Patsy Cline’s Walking After Midnight, have very subtle chord changes.

“Yesterday has a different chord change with every word,” Dave said. “If you don’t get the chord changes, it does not sound like the song.”

Dave said he once read that The Beatles would play a song about 100 times before they recorded it. He takes the same old-school approach with his craft.

Dave’s life on the road has also been chronicled in a new book, Amazing YOU S.A.: A Poetic View of America, that he is selling on Amazon. In its pages, Dave has published the lyrics to all of his 225 songs, accompanied by photos that were taken over the years. He published his book in April.

In addition to traveling and playing all over America, Dave also takes pride in his other life as a regular working man. Since he first came to Maine in the 1980s, Dave has worked as a tree climber and arborist. He has also done some commercial fishing aboard draggers for a week at time on the Grand Banks.

“I play music in a bar and I sing about going out to sea, I’ve really done that,” Dave said.

From a very early age, Dave played music, thanks to his family, which is very musical. He grew up in Running Springs, CA., where the classic TV show Bonanza was filmed near Big Bear Lake. When he was 14 years old, he spent the summer working at a logging camp. He also kept playing his guitar. Two years later, he spent a summer in Steamboat Springs, CO., with some relatives. 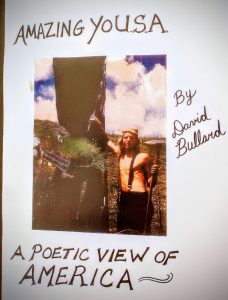 That fall, he ended up playing covers in the Sheraton hotel in the ski resort community. He partnered with Tom Wood, a Mainer and skier, and they wrote 40 songs together. Dave’s first gig happened after he and Tom used persistence to perform at the après ski parties at the Sheraton.

Finally, a duo from New York City that was hired to play that gig canceled and the management turned to Dave and Tom. They performed seven nights a week for four months. “That was my first gig. I learned how to stay up late every night.”

They played from 9 p.m. to 1 a.m. each night and did covers that ranged from the Beatles, James Taylor, Willie Nelson, and Frank Sinatra. Dave said he got more gigs after the winter via word of mouth. For the next 12 years, Dave toured the country and played gigs with different bands that he formed.

Dave’s travels took him to Maine after he met Shawn Bancroft in Colorado. She was from Harpswell and after the couple married, they moved there. The couple had three children, two boys, Forrest and Skyler, and a girl, Tegan. Dave said they all enjoy playing music but did not follow in their father’s footsteps.

Dave and Shawn divorced in 1998, but Dave continued to build a strong Maine following. The music never stopped for Dave.

Dave’s penchant for being an old-school musician is also the reason why he delayed going into the digital arena as long as he could. Up until 2017, Dave sold his music as CDs. With the help of some friends in Brunswick, Dave has rolled out a few of his 54 albums on Amazon and Spotify. Dave has also made use of TikTok videos to promote his music and his new book.

The COVID-19 pandemic has also changed the way Dave performs these days. Before the pandemic hit in 2020, Dave would travel 12,000 miles twice a year from Maine to Washington State, St. Louis, and Georgia and back to play various gigs. He also played onboard cruise ships that would dock in Portland, and many bars and intimate venues. 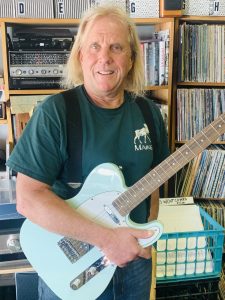 Dave said he has chosen not to play as many gigs to protect his band and his audience from any potential outbreaks. He is now focusing on performing more intimate, private functions. The Dave Bullard Band was scheduled to perform at the Maine Media Center in Portland on Oct. 17 and Dave said they will produce a video of the performance that they will share with their fans on their website.

For Dave, the pandemic served as an “auto-correct” moment for him and a lot of people where they had to make changes and adjustments to move forward. “Things were just going too fast and needed to slow down,” he said.

To learn more about Dave, his new book and the Dave Bullard Band, please visit davebullard.com.