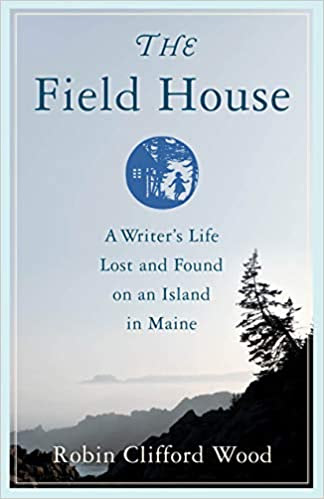 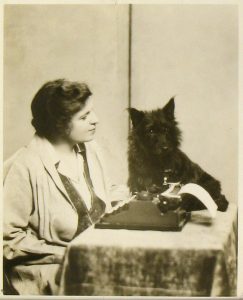 “Dear Rachel, Your island home continues to stand against the ravages

of time, tides, and winter storms – with a bit of help…Your house is still

well loved, and it is filled with you…”

Nestled in front of the fireplace at her Sutton Island cottage, author Robin Clifford Wood ponders how her friend conjured up a story that became a Newbery Medal winner in 1929, Hitty: Her First Hundred Years. The friend is Rachel Field and she became Robin’s acquaintance simply through fascination and determination. “Our overlaps and all the synchronicity in our lives was so intriguing,” says Robin of a woman she never met.

The relationship of these two writers is laid out in the biography- The Field House, A Writer’s Life Lost and Found on an Island in Maine. The book, penned by Robin, won a Gold Medal in the 2021 Readers’ Favorite Award Contest. These two women, born more than a half century apart, share a thread that brings them together in a distinctive way.

Rachel Field (1894-1936) was a novelist, poet, playwright, and children’s author and illustrator. At first, Robin says, “I knew Rachel lived in the Sutton Island house and that she was famous in the Downeast region, and I knew her poem, If Once You Have Slept on an Island, and loved that one.” Admittedly she adds, “That’s about it.”

But Robin didn’t leave it at that. She was introduced to Sutton Island, one of the Cranberry Isles off Mount Desert Island, through her husband Jonathan who had enjoyed Maine’s coastal life since childhood. Nearly 30 years ago, the long-time empty Field House was listed for sale.

“That’s how the island people referred to it because of Rachel’s fame,” Robin says. “There are only 25 houses on Sutton Island, and they rarely come up for sale. Frankly, most of the houses are way beyond our means, so when this falling-down place with writers in its past showed up for sale, we got hugely excited.”

The 1898 rustic setting consists of four buildings on brick piers connected by outdoor wooden decks offering views of Maine’s rugged coast. The uniqueness of this cottage replicates the uniqueness of the relationship of these two women who did and do summer in the cottage and did and do share their writing talents and passions, yet Robin and Rachel never met. 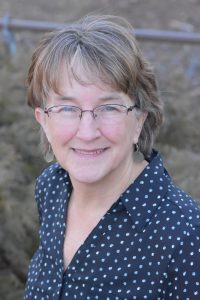 She immersed herself in traveling in Rachel’s footprints, researching her life from New York to California to Louisiana and to Maine, to the Field House. “Rachel called it the ‘playhouse’ and had stationery made for letters she wrote from the island,” Robin reveals. “Some of that paper was still in a desk drawer!”

Intrigued by the hints of this former resident throughout the house, Robin proposed a story to a Maine magazine about sharing Rachel Field’s summer house. “That’s what prompted my first deep dive into Rachel’s history. The article only used a fraction of the material I had dug up, so I naively thought I’d take a year to write the whole book – ha! If I’d known it would take nine years, I doubt I would have taken it on, so ignorance can sometimes be helpful,” claims Robin.

So ensued the research as Robin confesses, she didn’t know what she was doing. “I started with the Great Cranberry Island Historical Society, where there were some avid Rachel Field and Hitty fans who launched me in many directions. They connected me to other Rachel fans, who sent me further. I spoke with a couple of women who actually met Rachel. Networking was a huge part of the journey.”

She goes on, “I found archivists and historians to be astonishingly helpful. People in that field amazed me with their generosity with time and information. They seemed genuinely excited about someone interested in piecing together the past. Thank goodness we have those memory-keepers around.”

The more Robin explored and wrote, shelving the project on multiple occasions, the book ultimately took on a unique element to include a memoir. “In the ninth year of my research/writing journey, I attended a writing workshop on Campobello Island. My faculty instructor gave this prompt: “Write a letter to someone who will never read it.” Robin says this is where the memoir idea was born.

She continues, “I wove a whole separate story in between without interrupting hers with my first-person voice. So I ended up with a braided hybrid of memoir and biography. It was quite an epiphany.” And there was plenty for Robin to share, being treated to some of Rachel’s literary remnants, including books left on the shelves with Rachel’s name affixed in them and her galley proofs of a book of poetry in the attic.

“My sense of Rachel’s presence was always gentle on Sutton…I probably felt the most emotional sensations when I held her handwritten letters in my hand, or handwritten journal entries from her friends, which happened most often in archives – Vassar, Radcliffe, the Maine Women Writers Collection, Maine State Library, the MGM library, the archive collection at Tulane University, Library of Congress,” says Robin. She goes on, “Then I knew these words were written by her hand, or by someone who was spending days in Rachel’s sphere, in present time. I wished I could hear her laugh, tell stories, cook for me, compose humorous rhymes around the fireside. Those letters flooded me with Rachel.” 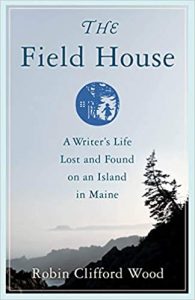 “Rachel, I believe you left something behind in that magical house. Lingering wisps of your creative energy float like ocean mists around the walls and doorways. I felt it the first time I walked across the creaky old front deck and stepped inside… [noting a poet, cartoonist, and composer had all lived in the house post Rachel] It is an artist’s house, and I think it is your buoyant legacy that stirs the hearts of those who tread its wooden floorboards with the desire to create. I felt that desire instantly, and I still feel it today.”

While Robin’s book has reached readers as far away as Australia, her biggest fans are her family who have been on this journey with Robin since its beginning. Her four children and husband have helped with research, offered encouragement, and handled social media for the book’s release that is now in its third printing. “One of the coolest things has been when descendants of Rachel’s friends have contacted me with new snippets of stories and information.” Robin concludes, “Writing and research are very solitary pursuits, so it has been so fun to interact with people at last about Rachel and the whole book journey.”