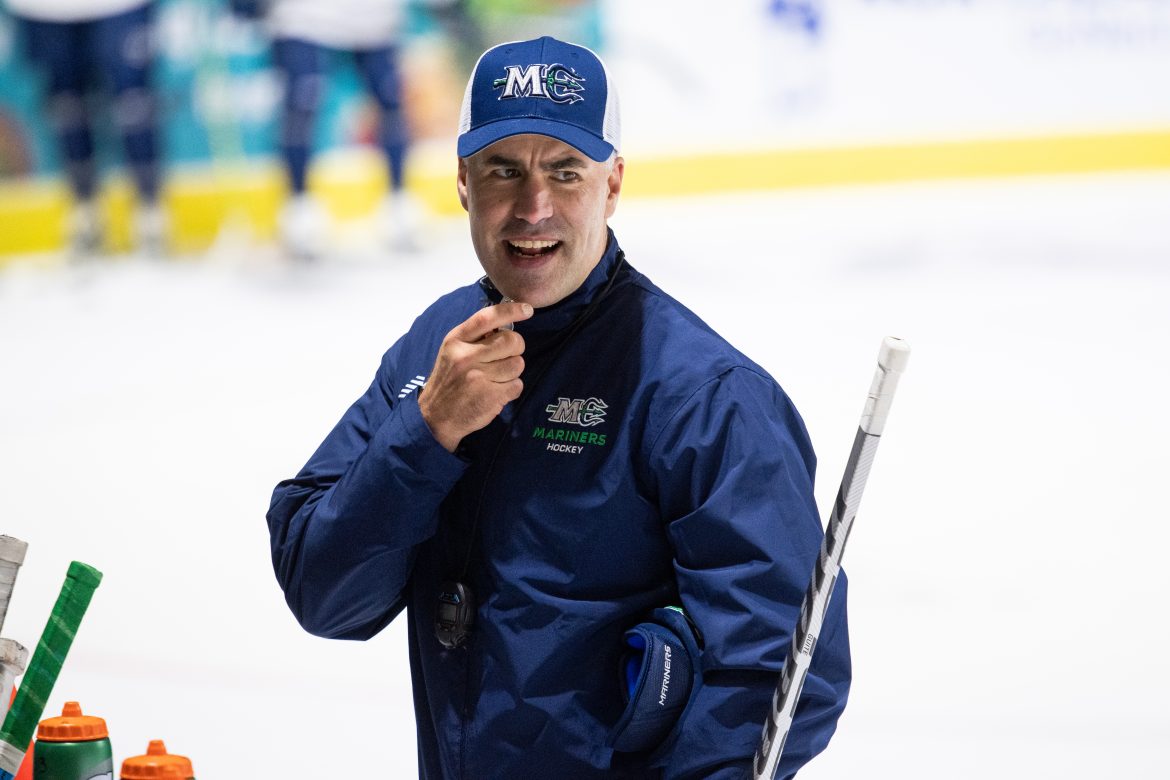 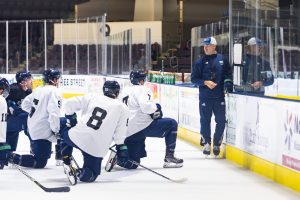 “Play fast, competitive and play hard,” Maine Mariners first year head coach, Ben Guite, said to his team before their home opener. The Mariners began their 72-game season in the ECHL, the equivalent of Double A baseball in the National Hockey League, on October 22 with a 6-3 win over the Worcester Railers. A former player and champion himself, Ben is no stranger to hockey. Originally from LaSalle, Quebec Province just outside of Montreal, Ben attended the University of Maine at Orono where he was a standout forward for the Maine Black Bears and helped them win an NCAA title in 1999.

After college Ben signed his first pro hockey contract with the Montreal Canadians and played for their minor league team in Tallahassee, Fla. At the age of 27, Ben was called up from the Providence Bears to play his first NHL game for the Boston Bruins on the road against the Ottawa Senators. He said his parents and siblings were able to see him play and it was an awesome experience. “I was an older rookie and I just thought, ‘I’m just going to enjoy this,’” Ben recalled.

Ben was sent back to Providence the next day, but his hunger to play full-time in the NHL was as great as ever. Soon thereafter, Ben became a member of the Colorado Avalanche and got to play with future NHL Hall of Famers Joe Sakic and Peter Forsberg. Ben scored 19 goals during his three years with the Avalanche as a member of their fourth line. He went on to play for the Nashville predators and managed to achieve his NHL dream at the age of 28.

Throughout his career, Ben played for some great coaches, and he learned a little something from each of them. Sean Walker and Red Gendron were his coaches and role models at  U. Maine. Ben fondly remembers Coach Red telling his players, “You can’t buy experience at Target.”

Ben has spent the previous few years as an assistant and associate coach for the Maine Black Bears. In August, he was named the head coach of the Maine Mariner’s, who are the latest Portland team to become a Boston sports affiliate.

“I really wanted to be a head coach,” Ben said. “I am excited to get the experience as a head coach here in Maine.” Ben considers Maine to be his home, which makes coaching the Maine Mariners very special.

Ben’s wife, Kristen, is originally from Portland and attended Deering High School. They met while attending UMaine. Kristen now teaches at a middle school in Bangor, where the couple and their two sons, Patrick, 10, and Max, 8, live. His boys are playing hockey at the Pee Wee and Mites levels right now. “I hope they’re better than their dad,” Ben said. This season, Ben and his family will split their time between Bangor and Portland. “We will make the whole state our home this year,” he said. 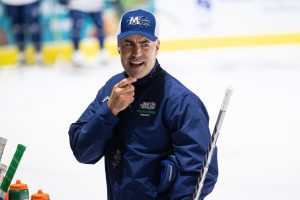 Now, at 43, Ben is the perfect head coach to lead this team. Being a former NHL player and UMaine coach gives Ben some instant cache with his younger players. “It matters. It brings you street credit right from the get-go, but they size you up as well.” Ben personally relates to his players and their dreams, as he has skated in their shoes many times over. “Guys don’t play for the money at this level. They play for the love of the game. They are the 1 percent who play professional hockey.”

This season’s roster includes five NHL former draft picks, minor league hockey veterans and second and third-year players who hail from all over the country and Canada. They share the same goal: to play in the NHL.

Ben understands that most ECHL players may never get to play in the NHL, but some will make it. The common denominator is drive. “As long as you have it, you can make it,” he said. The key is to focus on being successful at whatever level you are playing at, Ben explained. He tells his players, “Keep your minds where your feet are and I will be doing the same.” 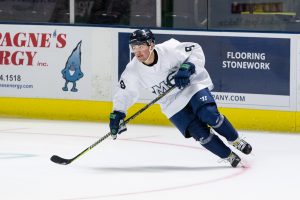 When asked for a quick assessment of his team, Ben replied, “I like the talent level and the competition level that we have.” There are 27 teams in the ECHL from coast to coast. The league has a little less experience than the AHL where the Providence Bruins, the Boston Bruins top minor league franchise, play. “It will come down to which team catches up the most,” Ben said.

The Maine Mariners returned to Maine in 2018, succeeding the Portland Pirates who won the Calder Cup in 1994 before they left town for Albany, N.Y., in 2016 to become a Buffalo Sabers affiliate. During the Maine Mariners first run in Portland they became the only franchise in league history to win the Calder Cup title in their first two seasons (1977–78, 1978–79) and at the time were the only team to ever capture the Calder Cup during their inaugural season before the Pirates achieved that in 1994.

Led by Ben, the team has high expectations in their quest for the Kelly Cup, the league’s championship trophy. Ben knows what it takes a win a championship after having accomplished that feat with the Black Bears in 1999. “When you win a championship you walk together as a group for the rest of your lives,” Ben said.