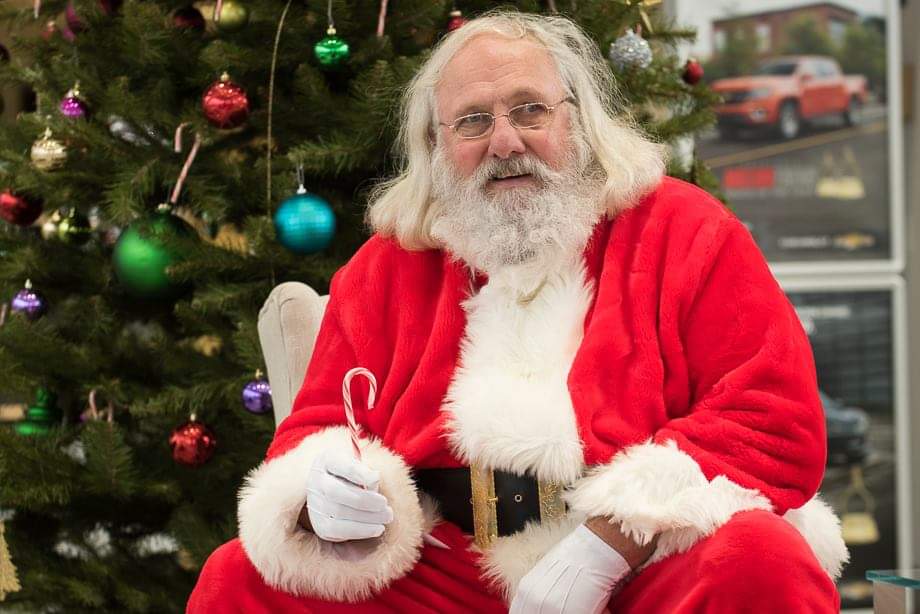 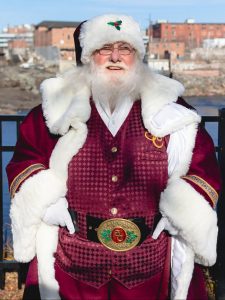 It all began in his early twenties, sharing drinks at a bar with a couple of ladies he was trying to impress. The two women he was having drinks with were in a bind. They needed a Santa at their upcoming event. Stephen Martelli, being young and wanting them to like him, said he could do it. Little did he know that this would only be the first time of many that he dressed up as the big guy from the North Pole.

There is more to playing Santa than just showing up in a suit, letting out a hearty “HO HO HO “ and listening to children tell you what they hope to have show up under the tree that year. There is the attention to detail, lest a young child notice your Chuck Taylor Converse under your boot flaps, instead of real black boots. There is the young child that tells you all they want for Christmas that year is some clothing that fits.

These are the things that Stephen AKA “Santa” pays attention to when he is dressing up as the jolly man from the North Pole. The attention to detail in his big warm winter suit, worn for playing Santa at outdoor functions. And the giving that he does when he hears a child like the little girl above, asking only for some fitting clothes for Christmas. It was enough to bring him and a friend playing Mrs. Claus to tears. Instead of crying about it, they decided to spring into action and do something. Santa Stephen gave the young girl a hug and told her that everything was going to get better in time. He made true to that promise. 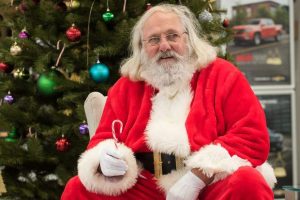 That first year, they were able to drop off a Christmas tree, Christmas dinner with all the fixings and presents of new clothes to the young girl that was so hoping for some clothes that actually fit her under the Christmas tree. Santa Stephen and Mrs. Claus were able to give her siblings gifts as well. “We were lucky that Mrs. Claus owned a truck!” Stephen laughed.

From there, year by year, the giving just grew. The next year it was three families that Santa and Mrs. Claus were able to bring Christmas to. The year after that, it was eight families. Then it was fifteen, and this year they will be bringing Christmas to twenty-three families in need in Maine. “It just keeps getting bigger and bigger,” Stephen tells me. Starting his own charity, Santa’s Gifts, was the logical thing to do. 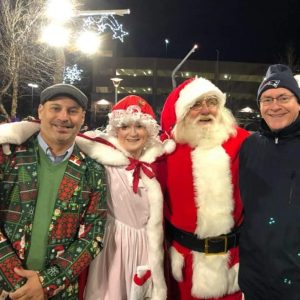 These days, Mrs. Claus doesn’t have a truck any longer, but they have no issues getting Christmas goodies out to the families in need. Santa and Mrs. Claus have more helpers than when they first started their charity work years ago. “It’s all about seeing the smile on a child’s face, knowing that they believe in the magic of Christmas” Stephen says. “And being able to spread that smile to as many children as I can.”

For more information about Santa Stephen or his charity email sjmartelli2186@gmail.com