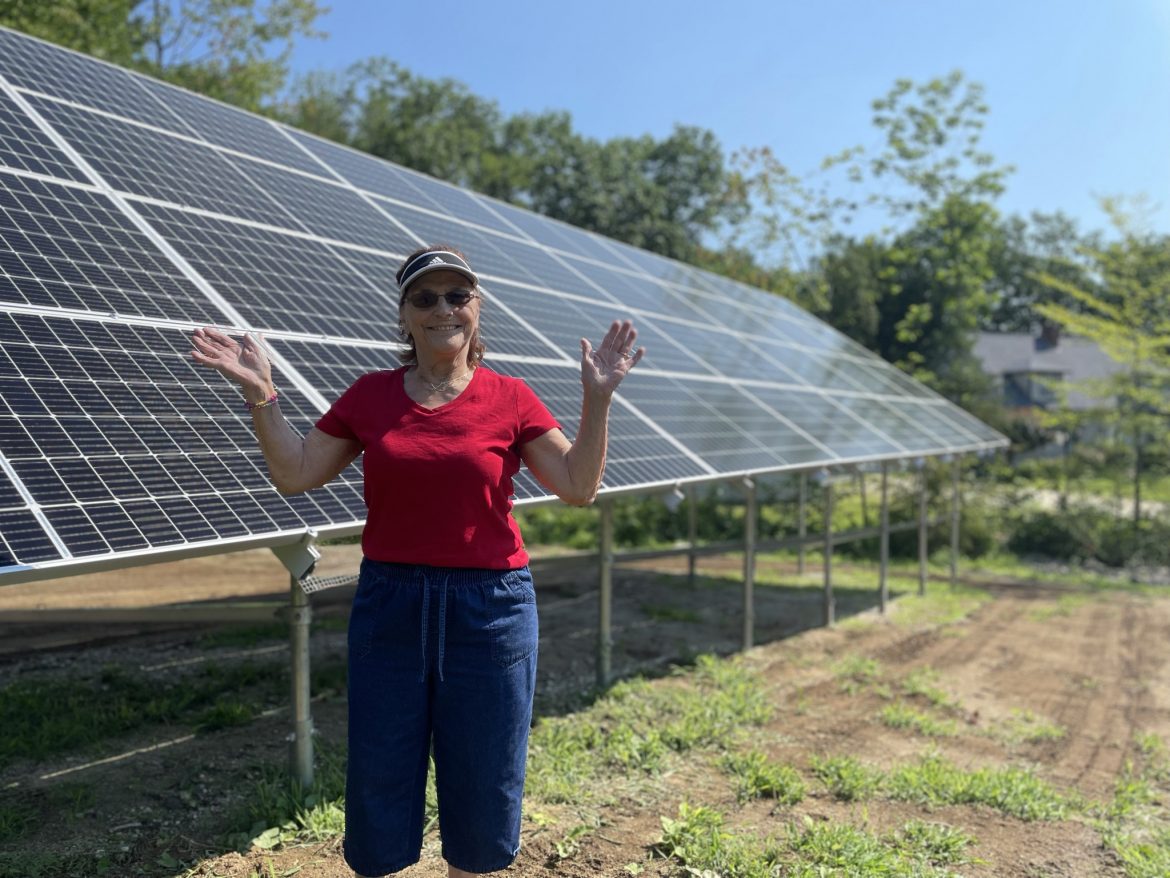 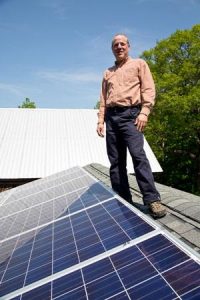 Sam Zuckerman believes that the perfect storm of high electricity bills, the reality of global warming, and Mainers’ strong desire to take control of their energy needs are driving the solar power market to dizzying heights.

If business in 2021 is any indication, Sam, owner of Maine Solar Solutions in Freeport, and dozens of other solar power installation companies across Maine, are right on target. In December, Sam said his company installed four hundred new projects, ninety-five percent of which were residential. From Bethel to Belfast to Kittery, Sam’s crews of electricians and solar panel installers have been out straight to keep up with the demand.

“We’re doing well. Maine Solar Solutions will be celebrating our 10th anniversary in June and the combination of the improvement in the solar marketplace in Maine and the country combined with our strategic planning has led us to have a headcount of twenty-nine people and robust sales,” Sam explained.

“I think we are going to be looking at a very busy year next year,” Sam predicted.

For Maine homeowners and business owners who have been on the fence when it comes to solar energy, Sam believes more of them will see the light in the form of long-term energy savings and environmental benefits.

So why is right now the best time to get this done?

“Your electric bill is an operating expense. The price of electricity can fluctuate but tends to rise. It will go from 15 cents per kilowatt hour to 21 cents per kilowatt hour in 2022,” Sam explained. “As the cost goes up, the payback on the initial investment for solar goes down. With a solar electric system, we are taking an operating expense like the electric bill and turning it into a capital expense.” 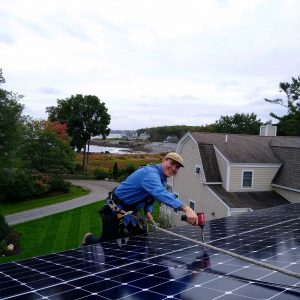 For an average Maine family of four who live in a three-bedroom home with typical energy needs that include utilities, the internet, etc., Sam said they would require an 8KW solar energy system that costs $22,000. It can take as long as ten years before a homeowner will pay off that initial investment. But when it is paid off, they will only have to pay Central Maine Power’s standard delivery charge each month. As of December 2021, that charge was just $14.20.

Sam said he has customers who are using equity in their homes to pay for solar energy projects. Others are taking advantage of competitive loan programs that were created specifically for the solar energy market. He said there are also Clean Energy Credit Unions where people can become members and access the financing they need.

There is also a twenty-six percent federal tax credit for existing and new solar panel installation projects that is currently set to remain in place until the end of 2022, Sam said. This tax credit can also be applied to solar battery back-up power systems and combined with kinder, gentler solar policies in Augusta, they will allow solar energy to proliferate in Maine. Not to mention, soaring real estate values have fueled the solar energy boom. In 2019, Gov. Janet Mills signed four bills into law that call for solar energy to be a vital part of Maine’s energy future.

In addition to Maine Solar Solutions, there are more than seventy solar energy installation companies statewide with more on the way. Sam has hired more installers, electricians, and solar technicians over the past year to keep up with the surge in projects he is seeing. 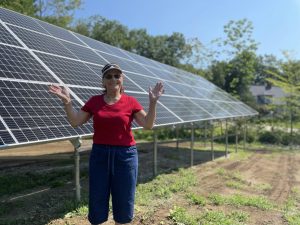 Several Mainers see solar energy as a way to mitigate the long-term effects of global warming here in Maine and throughout the world. They also see it is a cost-effective way to take control of their energy consumption instead of being at the mercy of utility companies and volatile price of fossil fuels like coal and gas utilized by electricity providers to generate their power.

“As every year has gone by, we’re finding more and more people who are adding solar to more modest homes,” Sam said.

For example, he is seeing people with smaller homes buy 6KW solar energy systems for $18,000. Other customers who already have solar panels will come back and purchase more panels after they have purchased an electric car, that requires more power.

“We do a fair number of off-grid systems, which range from people with camps on the lake or mountain homes. There are also people who live year-round off the grid with battery based solar electrical systems,” Sam said. Some of their off the grid and on the grid customers live on different islands in Casco Bay, he added.

Many Mainers have generators powered by propane and gasoline to deal with those unpredictable power outages. Sam said his company has installed more Tesla power walls that include back-up battery power to help solar energy customers deal with that situation. “The batteries are silent and almost instantaneous. You don’t have to be home to restore power to your home,” Sam said.

People also don’t have to worry about clearing snow and ice off their solar panels. Sam said the same sun that provides energy also melts any snow or ice that can accumulate during a typical Maine winter. 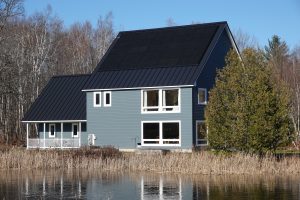 In addition to the robust growth in Maine homeowners and business owners who are adding solar, Sam pointed out the state is seeing more community solar farms that allow residents to add solar power without buying solar panels. They can pay for a subscription from these solar companies to have a ten to fifteen percent discount on their electricity costs provided by one of these solar farms, which is reflected in their monthly electricity bills.

The state has also welcomed larger solar energy development companies to build extensive solar farms that will provide power to thousands of homes and businesses either within or outside of the state. For instance, in mid-November, Florida-based company NextERA Energy completed construction of a new 490-acre solar farm in Farmington that will provide solar power to 17,000 homes throughout New England. Bowdoin College in Brunswick joined four other Massachusetts colleges to create the massive project.

Sam believes such projects are good for Maine and the region because what they are essentially are new power plants that do not use fossil fuels to provide power to the ISO New England grid for the open market.