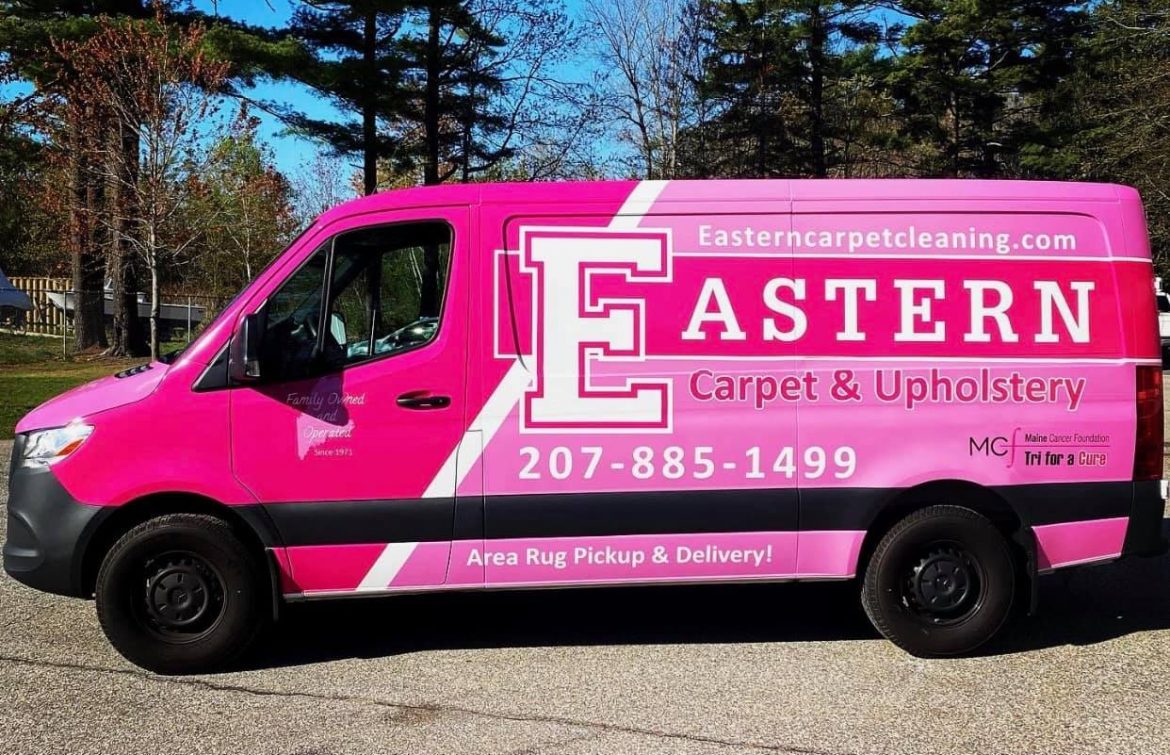 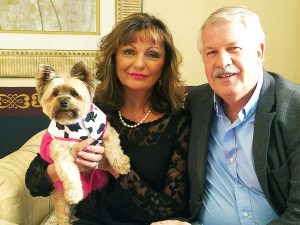 It was ten years ago when the lives of Diane Gadbois, her husband, George, and their family would be forever changed. A warning that a doctor had given Diane and her sister, that one day one of them could develop the same breast cancer that afflicted their mother, suddenly came to fruition.

Diane recalled how she went to see her primary care doctor for her annual mammogram screenings and received a clean bill of health. After those screenings, on two occasions, Diane conducted self-examinations and found two lumps. After she was referred to a specialist, her fears were confirmed. Ultrasounds determined that each lump had cancerous cells. Diane said she had a double mastectomy that saved her life.

“I found both of my cancers myself,” she recalled inside her husband’s business, Eastern Carpet Cleaners and Upholstery in Scarborough. Diane said she also experienced post-operative infections that required treatment. She firmly believes her resolve to do self-examinations after being unsatisfied with the initial diagnoses made all the difference, and she encourages other women to do the same.

After she survived her bout with breast cancer, Diane said she and George decided they wanted to do more to help raise awareness about the importance of prevention and finding a cure. Nine years ago, they approached the Susan G. Komen Foundation to ask permission to place the group’s pink logo on a pink Eastern Carpet Cleaners and Upholstery van.

George said the foundation receives an annual payment from the couple where the proceeds are donated for breast cancer research. They also displayed the Susan G. Komen for the cure Maine logo on their company’s web site.

At first, Diane recalled how George drove around in a pink truck without the Susan G. Komen for the Cure Foundation lettering and received his share of ribbing from a lot of guys.

“There’s not many pink trucks around,” Diane said. Once George told them he was driving a pink van because his wife had breast cancer, they stopped laughing and expressed their support.

More recently, the couple decided to use their mobile awareness campaign to support the Maine Cancer Foundation’s Tri for a Cure event held each summer.

Diane and George believe they are making a difference by encouraging Maine women to be proactive, get their annual mammogram screenings, and get treatment if they need it. According to the Maine Centers for Disease Control, breast cancer accounts for thirty-two percent of all cancers in women each year.

Early detection is the best defense that women have against breast cancer. According to the Maine CDC, when breast cancer is detected early, women have a ninety-eight percent chance to live five or more years. For women who have later detection, that figure drops to twenty-six percent.

Diane and George consider themselves to be very private people who have given their share to various causes in southern Maine over the years. They decided to be very public with this issue because they know how it affects so many women and families.

“Does it cause a lot of attention? Yes, it does,” Diane said.

Ultimately, the couple wants their pink van to be viewed as a symbol of hope and strength that is realized through early detection and healing.

George said their business is one of the largest carpet cleaning companies in southern Maine that services 5,500 homes and more than 2,000 businesses a year. He said the pink van typically goes out three to four times per week to pick up carpets and drop off carpets and may visit ten to fifteen homes a week. Many of his customers who have been directly affected by breast cancer are pleased that the couple display the Tri for a Cure logo on their pink van.

George and Diane also have a greater appreciation for life after what they and their family have endured. They met in high school and have been married forty-six years. They have four children and five grandchildren.

They hope the pink van will encourage more women to be their own breast cancer prevention advocates and let people who are dealing with the disease know they are not alone.

To learn more about Tri for a Cure, please visit triforacure.org.