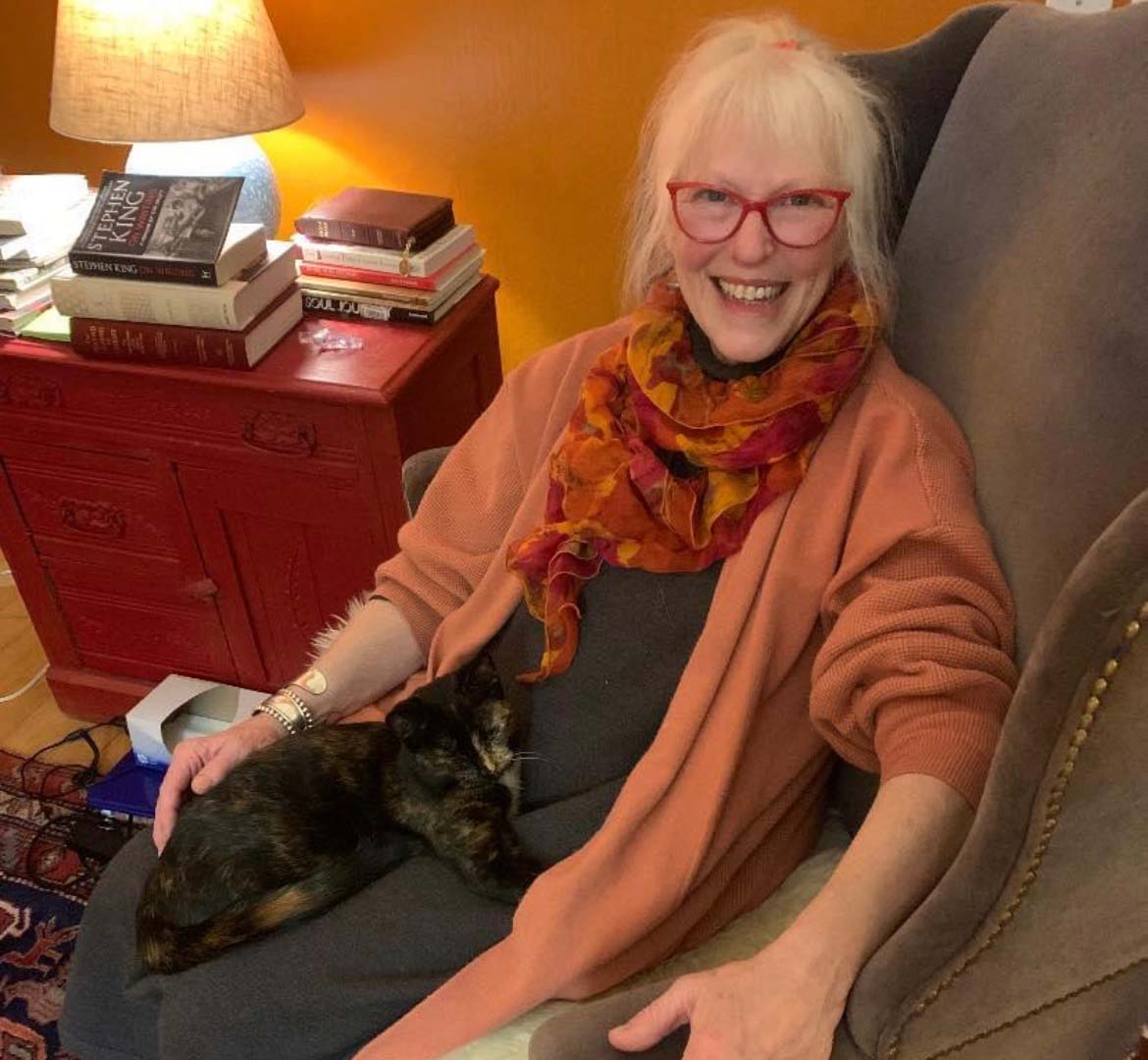 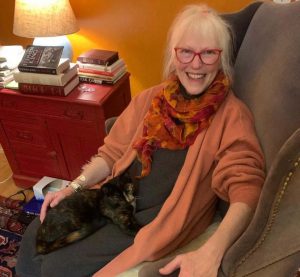 Today, Dr. Susy Sanders works as both an educational and a clinical psychologist, however, her journey to both careers is not what you would expect. “Usually, I tell people that I am not really sure how that happened. I did not set out to become one. The truth is, I ended up becoming a psychologist because I wanted a microwave oven.” she said. Susy was born in the early 50’s on the grounds of a mental institution. At the time doctors, like her clinical psychologist father, lived in small cottages on the grounds of the facility. When she was three years old, her father took a job at Northern State Hospital in Sedro-Woolley, Washington.

“My early years at Northern State Hospital were magical. This hospital was a self-sufficient farm, with dairy, pigs, beef, and selected crops. It had its own movie theater, soda shop, and crematorium, as many who have watched the ghost program on television can attest. The patients were our friends and neighbors,” Susy recalled fondly. Her time at Northern State Hospital was Susy’s first exposure to the medical world. Her father would often bring her and her sister to visit patients, because he thought it beneficial for the patients to see children and hoped his daughters would follow in his footsteps of career. “The medications that they were on caused their faces to droop, their feet to shuffle and their eyes look dead. My older sister and I had to develop a manner of embracing these images of suffering. This seems to be a very good reason to set out to become a psychologist. But nope. This didn’t do it.”

No, Susy was going to be a dancer, an artist, and a designer. These were her passions, and they only grew stronger as she herself grew older. When she was in the second grade, her family moved to 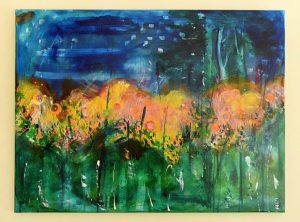 a house in downtown Sedro-Woolley. At nights, her father would see patients in their home, leaving the girls to occupy themselves in their rooms. Susy spent hours painting, drawing, and designing clothes. She also took enjoyment in eavesdropping on her father’s sessions through the clothes chute. “He missed very important things and his authoritarian manner would shut women and children down. I really wanted to straighten him out on more than one occasion. You might think that this would fuel a desire to become a psychologist. Nope.” she said.

Susy excelled through middle and high school and was accepted into a private design institute in Switzerland her senior year. However, her father, under no circumstance, would allow her to study art, not even at a local university. “So. I rebelled. I went to a cowboy college just to shut him up, majoring in sociology, just to piss him off, and had a bit of a disagreement with the powers to be with whether boys in a dorm room were acceptable or not among other things, maybe marijuana, I don’t know, and so the college and I collaboratively decided that I would go somewhere else.” she explained. This yet again, was not the push that led her psychology. 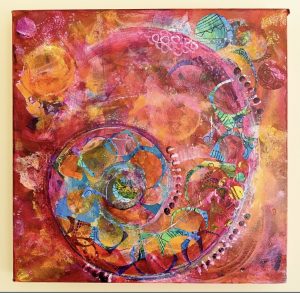 Instead, Susy met a man eleven years her senior who was a former Captain in the Green Beret, and decided to run away with him to Alaska, shocking her parents yet again. She worked a variety of jobs up north including opening her first business, Rising Sun Indoor Greenery, and her and the former Captain welcomed their son, Andrew, into the world. However, the situation became unsafe and Susy escaped to Seattle with Andrew when he was just six months old. At that time, her parents had both divorced and remarried and didn’t want much with their daughter and grandson. “My mother and her new husband took me up to a cabin that I had found in the Cascades and basically dropped me off with a bit of furniture and a woodstove. I packed Andrew on my back and two 5 gallon buckets a mile to get water. I was too afraid to come out.” she recalled. Susy raised Alex off the grid under the Cascade mountains until he was four. During that time, she taught herself to spin and weave and marketed locally. When she could afford it, Susy leased a small ranch in the country where she began to raise hand spinning sheep and goats. This led to her opening her second business, The Homeskills Workshop. “I taught rural women how to spin and weave and start cottage industries. Many of these women were depressed and oppressed by poverty.” Many of the women she taught went on to be successful in several areas.

In 1985, Susy and Alex headed to Seattle for college. Susy had aspirations of becoming an art teacher, and figured earning an associate degree first would be more economical. However, her funds as a single mother only covered the cost of a technical degree. “So I enrolled in a graphic arts program.  I was allowed to take as many classes as I wished, so I doubled up my credits, taking as many as 24 credits a quarter, so that I could graduate with an AA as well as the technical degree.” She said. Her last semester she dropped all her technical courses and graduated with an Associate Degree and ¾ of a graphic arts degree with a 3.95 grade point average. Susy explained, “As a result of my dropping the graphics courses the last quarter, I needed to come up with a two credit class so that I would qualify for a $300.00 grant. And I wanted a microwave.” Career Exploration was the class she chose, hoping to do the bare minimum. The professor had other plans. 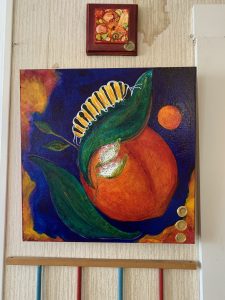 Susy took the Strong Interest Inventory for a class assignment and ended up scoring the highest in social work, psychology, sociology, probation officer, counselor, psychotherapist, ministry, and all helping professions. Despite the results, Susy was still set on teaching art. In her stubbornness, life around her began to crumble. Her small basement apartment flooded twice, she lost all her artwork, needed to move, and wanted to finish her bachelor’s degree. Susy decided to apply to Seattle Pacific University, a very expensive private school. “I remember sitting one night in my rocking chair, in tears, not certain how any of this was going to work. I had no money, a son with a disability, and now no home. Out loud I said, ‘I could sell my loom and have enough money to move. But then I will not have a way to make a living’.  I heard a voice in my heart say, ‘Yes. You can sell your loom and move. Or you can sell your loom and give your money to the poor and I will be sure that you have what you need.’ And so that is what I did.”

Within a few weeks, Susy and her son had a home and she had received a financial aid offer from Seattle Pacific University for full tuition, fine art scholarship, 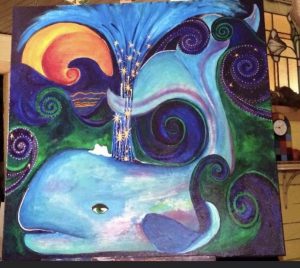 and work study. While at a job fair to find a position to fulfill her work study she came across a booth from the Probation department for King County who were offering a position for a probation intern. Given the job was only one block from her house, Susy decided to apply. But there was one hitch, she had to be a social science major. “I could not bring myself to say psychology.  I was never going to take a psychology class.  I said sociology, changing my major on the spot and getting the job.” said Susy.

Finally, Susy began to see her true calling. She worked as a probation officer in Seattle for seven years. She was then accepted into a highly competitive psychology program from University of Washington through the department of Education. In 2000, Susy graduated with her doctorate in psychology, accumulating over fifteen years of study. A few years later Susy moved to Maine with her husband Dave, where she has worked privately to this day. “I never really liked psychologists. I was raised around them and they seemed an arrogant knowing sort that would zip their necktie up in their fly after too many gins.  So I rejected becoming one for much of my life,” Susy said, “But I care deeply for people and am able to see the specks of possibility even in some of the most hopeless of individuals and situations.  And draw it out.  And make a difference.”