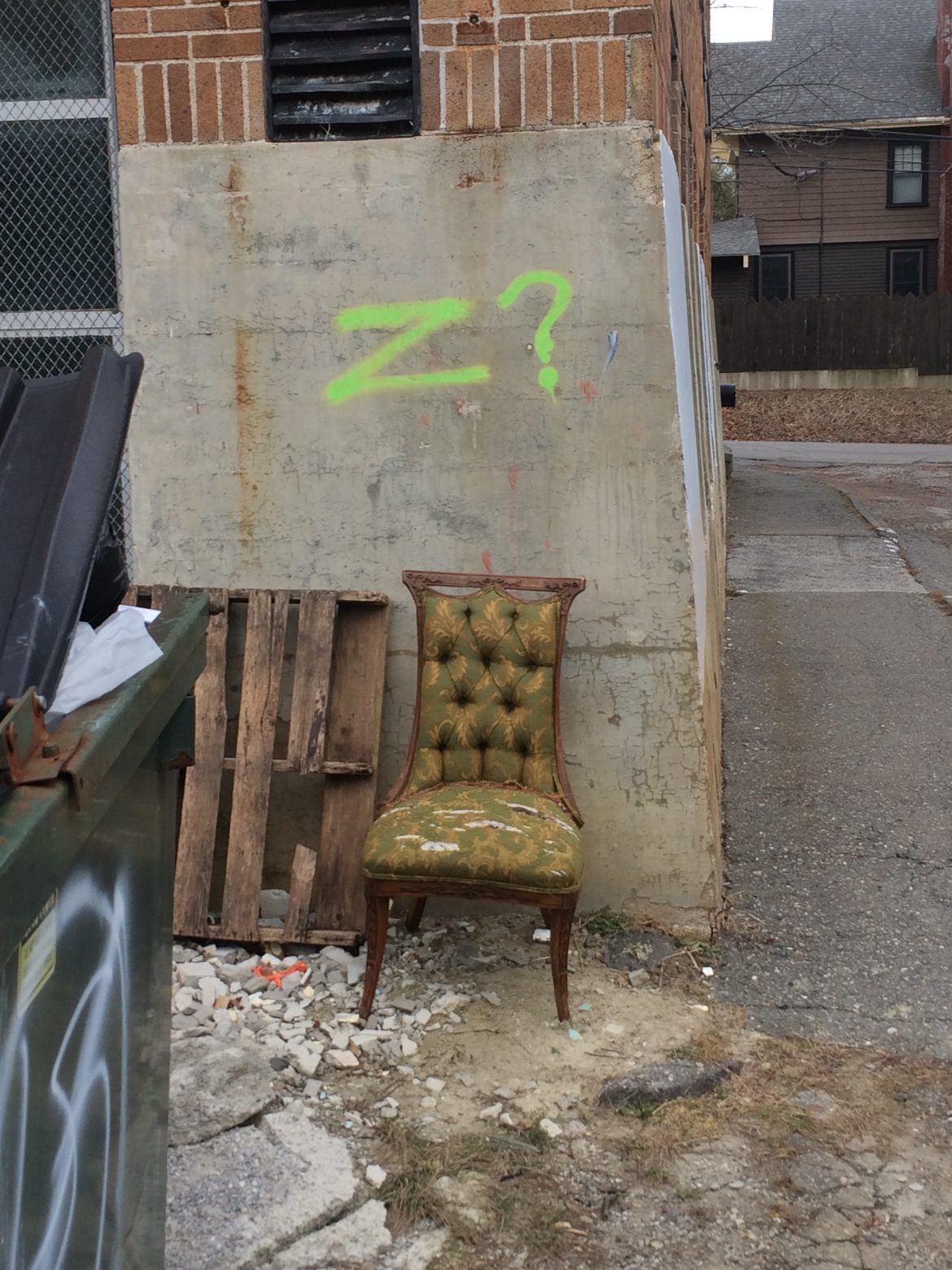 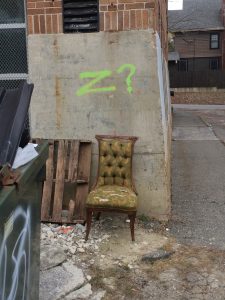 Two young men, Joseph and Mason, heirs to the wealth of the world, stood relieving themselves in an alley behind a bar.

It was a dive bar in a bad part of the city because they had wanted something “authentic,” or were they being “ironic”? Several cocktails later, who could remember?

Joseph looked up and read the words spraypainted across the wall. He saw immediately the truth in them. Here was some proverb left by, well, who? Some homeless person? Some solitary artist or philosopher having no better medium to publish grand wisdom?

Mason did not care about the words.

In the weeks that followed, Joseph made time to take long walks throughout the city. He wandered under bridges and by the massive warehouses. He brought only what money and watches he could stand to lose to the desperate.

Here and there he found more proverbs. He recognized the look of the lettering, the veracity of the message. These were from the same author.

Weeks turned into months and years. His friends warned him that he was becoming obsessed. He should see Dr. So-and-So. Perhaps he was a schizophrenic, seeing meaning where there was none.

He set each of the messages down in his notebook. Along the way, he found other pilgrims. Some spoke the words into tape recorders and cell phones. One even brought with him a tattoo artist and had the words written in blue ink upon his skin.

The words were most likely to appear in a dead-ended alley. A brick or cinderblock wall would appear with only one bit of graffiti, one sentence in its center.

Joseph stood one evening next to man with a ragged fringe of red brown hair around his bald spot, staring up at the words.

“You know why you can’t find the next real passage,” the man said to him.

For Joseph had become frustrated. He was finding only the precepts he had learned before. He looked at the man whose pants were ragged around the bottoms. His socks had fallen into his shoes, which were barely still held together along the stitching.

“You’re still rich. You go home every night to ease and privilege,” the man said.

In a lawyer’s office at a polished table, Joseph signed it all over to Mason. He was keeping only a simple pack and some clothes.

“I will keep it all here for you,” Mason assured him.

“No!” said Joseph. “Don’t say that. Be the coyote you are, Mace. Tell me you’ll take it all and have nothing more to do with me. Tell me it won’t matter how I beg.”

Mason’s eyes narrowed, just slightly. “Coyote?” he said. He did not need to say the rest.

Years passed. Joseph learned the lessons of hunger and cold, of wetness and sleeplessness. He found more, though, much more of the ultimate sermon. The writings came one after another. He had learned where to look. He wandered from city to city. He crossed oceans. He picked up the smattering of a dozen languages. He ate the head of a fish that he had stolen from a cat.

On a hot summer evening, he sat in a tattered tent near the rail yard. A young woman came along. She had a bottle and some food. They shared them that night. He sang songs from his university days, and she danced in the pebbles under the stars.

In the morning, he woke to the sound of material flapping where the tent opened. He looked and his notebook was gone. The woman was gone. She had taken it!

He ran out, nearly naked into the sunlight. He saw her at the edge of the lot, disappearing behind a fence. He gave chase. He ran after her down a lane and through yards, among the many lines of drying laundry. At last, his breath gave out. He was boxed in. A ramshackle assortment of buildings surrounded him on three sides, balconies and more laundry flapping in the sunlight ascending into the dizzying heights.

And on one center landing, the words in the same familiar black hand.

The woman came walking back as he read them over to himself. She dropped the notebook at his feet, her gray eyes like water looking into his.

“You don’t need it,” she said. “You know it all by heart. You remember everything.”

He was high, elated. Was it the exercise? The remains of the drink from the night before? The knowledge the new words had given him or was it the revelation of his final step into purest poverty?

Now with only the clothes on his back, he was led to the final place. It was an island that he had to row to in an old paint-chipped boat.

Rocky ledges, the color of the white sand, rose forming canyons leading into the interior. Along the path he knew to follow, he came to a temple, a simple cube of sandstone, etched with fierce figures.

Above the temple loomed a jagged cliff. Steps led up the wall to a pointed outcropping. Beneath it? Bleached bones.

He walked into the temple where greasy torches gave flickering light.

Here on the back wall was the last fat paragraph, and a man sat at the bottom, just painting in the final jot and tittle. The man had no clothes. His hair was long and black, matted with filth. His eyes were a dull brown.

“Really?” Joseph said at last to the author.

The author pulled his lips back from clenched teeth, an emoji of awkwardness and embarrassment.

The pilgrim had arrived.