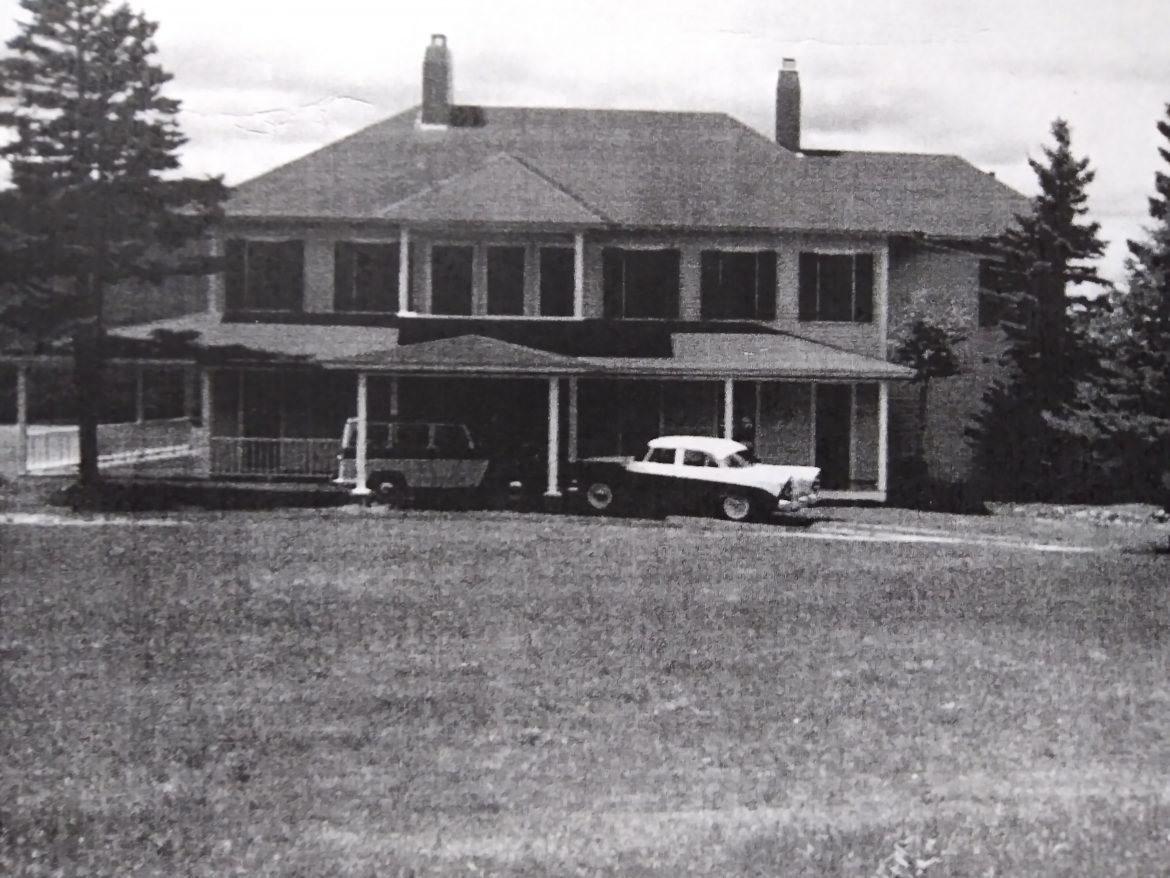 My grandmother saved the letters my grandfather wrote to her while he was away from his home in Greenville, Maine. He was working in Norfolk, CT. The year was 1927, my grandparents were teenagers, sixteen and eighteen years old.

Nanny lovingly stored the letters in a trunk along with her diaries, holiday greeting cards, newspaper clippings she deemed important, and other memorabilia. When she died at the age of ninety-four, I was given that trunk of treasures.

I began to organize the letters by date and put them in a notebook, reading them as I did. I found quite a few nuggets of local history in my grandfather’s lines, like the time he mentioned he heard there was a road being built between Greenville and Rockwood. Prior to that, if Greenville’s Doc Pritham had to make a call on a patient up that way, when transportation on the water or ice of Moosehead Lake wasn’t feasible, Doc took the train to Somerset Junction then hiked or snowshoed the remaining five miles or so to Rockwood. 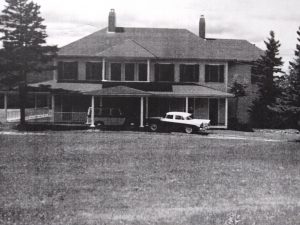 I savor these bits and pieces of the past, and it’s relaxing to sit in the evening with letters and tea in hand, reading his words. Then, I came across one line he wrote that made me bolt upright in my lounge chair. My grandfather mentioned to my grandmother, that after he mailed the letter, he was going to “call upon” Mr. and Mrs. A.J. Sloper. From my upright position, I said, “A.J. Sloper! I know that name.” A lot of people in the past knew that name, because A.J. Sloper was a well-known, prestigious banker in Connecticut and even had a book written about him. I succeeded in finding a copy, but this exceptionally scarce manuscript had a price tag of over nine-hundred dollars, leaving me no choice but to close the pages of that book by closing the tab on the website that offered it. 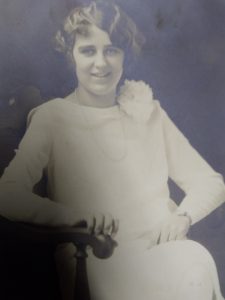 The reason I know the Sloper name is because of Greenville’s Sloper House, which is still there to this day, on Blair Hill, overlooking Moosehead Lake. Two Sloper brothers–A.J. and Harry– summered here, in my hometown—one because his asthma was bad, and he felt he could breathe better in Maine. (Don’t we all?)

“Why was he going to pay Mr. Sloper a visit?” I wondered. They were not in the same social circle. My grandfather was the poor boy in town, a hard-working young man who often, in the letters to my grandmother, complained that due to his trade, the skin of his knuckles were torn off or his finger smashed so flat that he lost the nail. My grandfather slept in an unheated room along with all the other hired men. A.J. Sloper slept in a mansion. So how did these two know each other? I could only guess, and so I assume it is because in small town Maine, a person isn’t always admired because of their bank account and A.J. Sloper probably knew my grandfather Reddy Gregan because that same trade that battered him made, he and his father James Gregan two of the most sought-after craftsmen in town. Their talent can be seen even now in Greenville’s grandest homes, like The Greenville Inn. Their talent and trade are why they were in Connecticut, to build a home. A home so luxurious that a newspaper article was written about it, and yes, I know that because the article was among the letters. Perhaps the Gregans and Sloper were friends—close enough to “call upon” each other. But I don’t know that because nobody ever spoke of it. Still, that’s not the only reason I was fascinated. I was fascinated because I know something else about A.J. Sloper—his son William was a survivor of the Titanic. There were over two thousand people on the Titanic and William Sloper was one of comparably few who survived its sinking that April night in 1912. 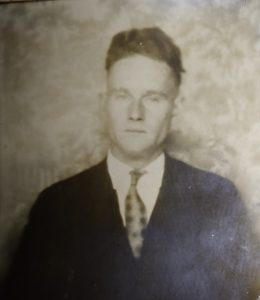 William Sloper was not just any survivor, but the one who was accused of dressing like a woman so he would be allowed in a lifeboat, as the rule was ‘women and children first.’ A reporter for a New York newspaper felt Sloper was acting a bit too disrespectful by declining to talk to him or the press about his experience and took revenge by writing a story that named Sloper as “the man who got off in women’s clothing.” Given that William was one of twenty-eight people in a lifeboat built to hold sixty-five souls, it is highly unlikely that the claim was true. Many people aboard the Titanic refused to get into the lifeboats because the entire world had been told the Titanic was unsinkable, they opted to believe that, choosing to stay aboard the well-lit ship instead of getting into a small raft and floating away into the unknown darkness. They died because of their decision. 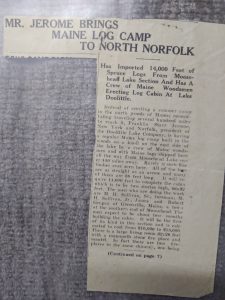 Sloper was talked out of suing the newspaper for libel by his father. His father felt it would all blow over in time, but it did not, and William spent his entire life asserting his innocence. I wonder if my grandfather met William. I think if he was friendly enough with A.J. and his brother Harry (who he also visited) to call upon them unannounced, that he must have known William as well, and if so, what did they talk about? They must have discussed the sinking, or the cruise itself or the aftermath! I am completely left out of the conversation because of the million or more times I chatted with my grandfather, he never once mentioned this and because I never thought of him as anything but an old man, only saw him as my grandfather, I never thought to inquire about his youth, his childhood, or his life. I learned about this part of his life in a letter thirty years after he died. All those times I sat on a stool in his workshop and watched him whittle his magic making creations from wood, he with his quiet way about him, never mentioned it. Never once did he say, “So, when I was a kid working in Connecticut, I met a Titanic survivor, that one who was accused of dressing like a woman.”

My grandfather knew these guys. He visited with them. Did he hear about that night from a firsthand survivor? Was he told stories about the scene—the sounds, the fear, the night sky, the moment the Titanic slipped below the water’s surface? He must have! What did he think about it? I sure would like to know.

Grandchildren, I beg you if you are blessed to still have your grandparents, go to them. Sit with them. Hand them a cup of tea, a glass of wine, a gin and tonic—whatever it takes and say, “Tell me your story.”